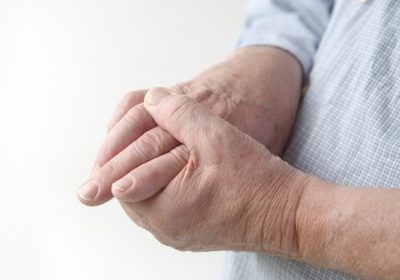 Once a diagnosis of gout has been confirmed, treatment is aimed at achieving the following:

For people who cannot take NSAIDs due to side effects or because the drugs are ineffective, colchicine can be used instead. This agent is not a pain reliever but acts by reducing the ability of the urate crystals to cause inflammation of the joint lining, therefore indirectly relieving the pain associated with a gout attack. However, colchicine can cause side effects such as diarrhea, vomiting and abdominal pain.

Patients with gout are advised to decrease their intake of foods rich in purines, which increase the uric acid level. Examples of purine rich foods include red meats such as beef, pork, lamb; offal including liver, kidneys and heart; game meats such as rabbit, and venison; seafoods such as shellfish, mussels, crab, shrimp; oily fish such as herring, mackerel, sprats, whitebait, anchovies, sardines and trout and pulses and legumes such as dried beans and peas. Foods or supplements containing yeast should also be avoided, as should alcohol. A healthy body weight should be maintained and regular exercise should be preformed. Patients should also ensure they are well hydrated by consuming adequate amounts of water.

Sometimes, crystals in the joints clump together to form lumps called tophi. These tophi can eventually cause irreversible damage to the joint cartilage and adjacent bone, causing pain and stiffness whenever the joint is used. For those experiencing frequent gout attacks or where there is X-ray evidence of tophi, medications may be used to reduce the blood uric acid level. This is called urate-lowering therapy and the aim is to lower uric acid levels enough to prevent crystals forming and also dissolve any existing crystals.

Drugs used for this purpose include: