Flotillin is a novel diagnostic blood marker of Alzheimer’s disease 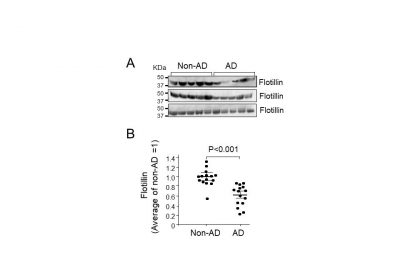 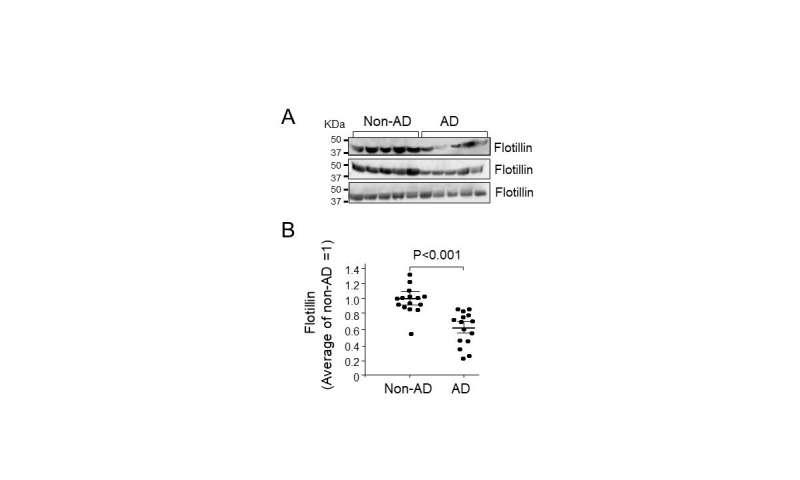 Currently, best-characterized indicators for Alzheimer’s disease (AD) diagnosis are the decreased levels of amyloid β-protein 42 and increased levels of phosphorylated tau in cerebrospinal fluid (CSF). Positron emission tomography (PET) imaging with Pittsburgh compound B (PiB) is also used in AD diagnosis by visualizing amyloid deposition in the brain. Because these methods are invasive or expensive, less invasive and easily detectable blood biomarkers are required. Because our previous study showed that flotillin release, a marker of exosomes, was attenuated by Aβ, we designed the present study to determine whether flotillin levels could be reduced in CSF and/or serum of patients with AD.

These results demonstrate that serum flotillin level can serve as one of the blood markers for estimation of brain amyloid deposition and early diagnosis of AD. 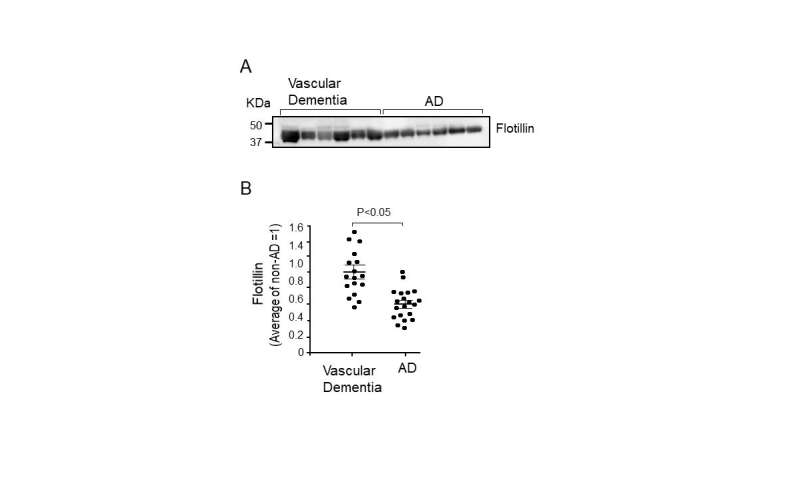