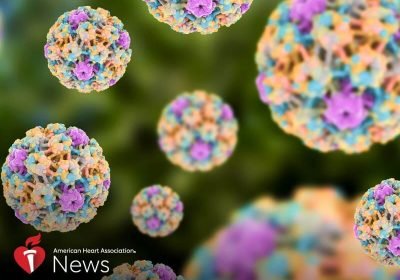 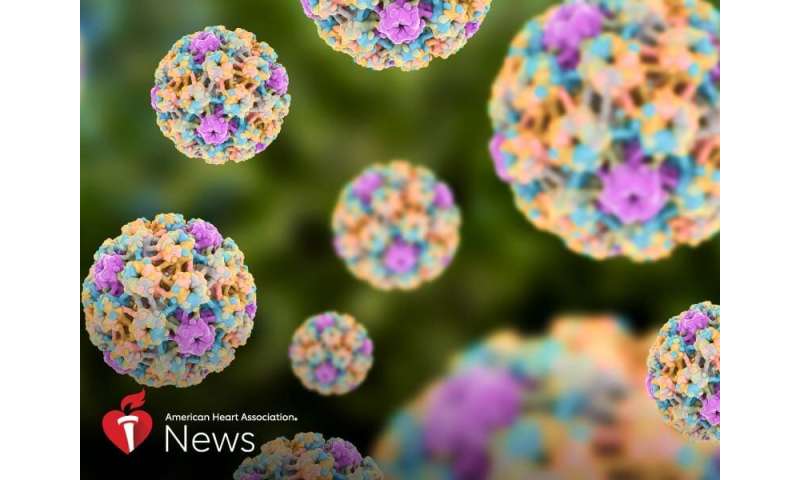 Human papillomavirus, or HPV, is the most common sexually transmitted infection in the country.

In several studies, it’s also linked to the nation’s leading cause of death—cardiovascular disease.

There are more than 150 strains of HPV, including the ones responsible for cancers of the cervix, penis, anus and the back of the throat.

In a study published earlier this year in Circulation Research, researchers found that Korean women infected with these “high-risk” strains of HPV were 22 percent more likely to develop heart disease or have a stroke than women not infected with the virus. The risk was calculated after adjusting for other common cardiovascular risk factors, including smoking, physical activity and body mass index.

A 2011 study also connected HPV with heart attacks and strokes in women. “But at this stage, we’re not completely clear on what the link is,” said Dr. Christine Jellis, a cardiologist at The Cleveland Clinic.

Jellis said HPV may encourage chronic inflammation in the body, which can contribute to atherosclerosis, or the hardening of fatty plaque along the lining of arteries.

“But there may be some other social factors that make people both more prone to developing coronary artery disease—atherosclerosis—and also HPV,” she said. “At the moment, we don’t have that information but this … definitely warrants further evaluation.”

The link between HPV and cardiovascular risk is not restricted to women.

A 2017 study of mostly men tied HPV to an increased risk of stroke in people who received radiation therapy for head and neck cancer.

Dr. Tomas Neilan, the lead author of that study published in the Journal of the American Heart Association, said the results show HPV infection has consequences beyond the cervical lesions and cervical cancer typically associated with the virus.

“Specifically, and importantly, this also has implications for men beyond transmission” of the virus, said Neilan, director of the cardio-oncology program at Massachusetts General Hospital in Boston.

HPV is such a common virus that an estimated 80 percent of the population will be infected at some point in their life, according to the Centers for Disease Control and Prevention. About 14 million Americans, including teens, become infected with HPV each year. Most infections go away on their own, but those that don’t can lead to certain types of cancer.

HPV vaccines, which have been available for females since 2006 and for males since 2009, have proven effective in decreasing HPV incidence and preventing precancerous growths or infections.

The CDC recommends all girls and boys get two doses of the vaccine before they turn 13. Children who start the vaccine series on or after their 15th birthday need a third dose for complete protection.

Jellis hopes to see more research about the HPV connection to cardiovascular disease, as well as other types of studies that look beyond the factors already known to contribute to heart attacks and strokes.