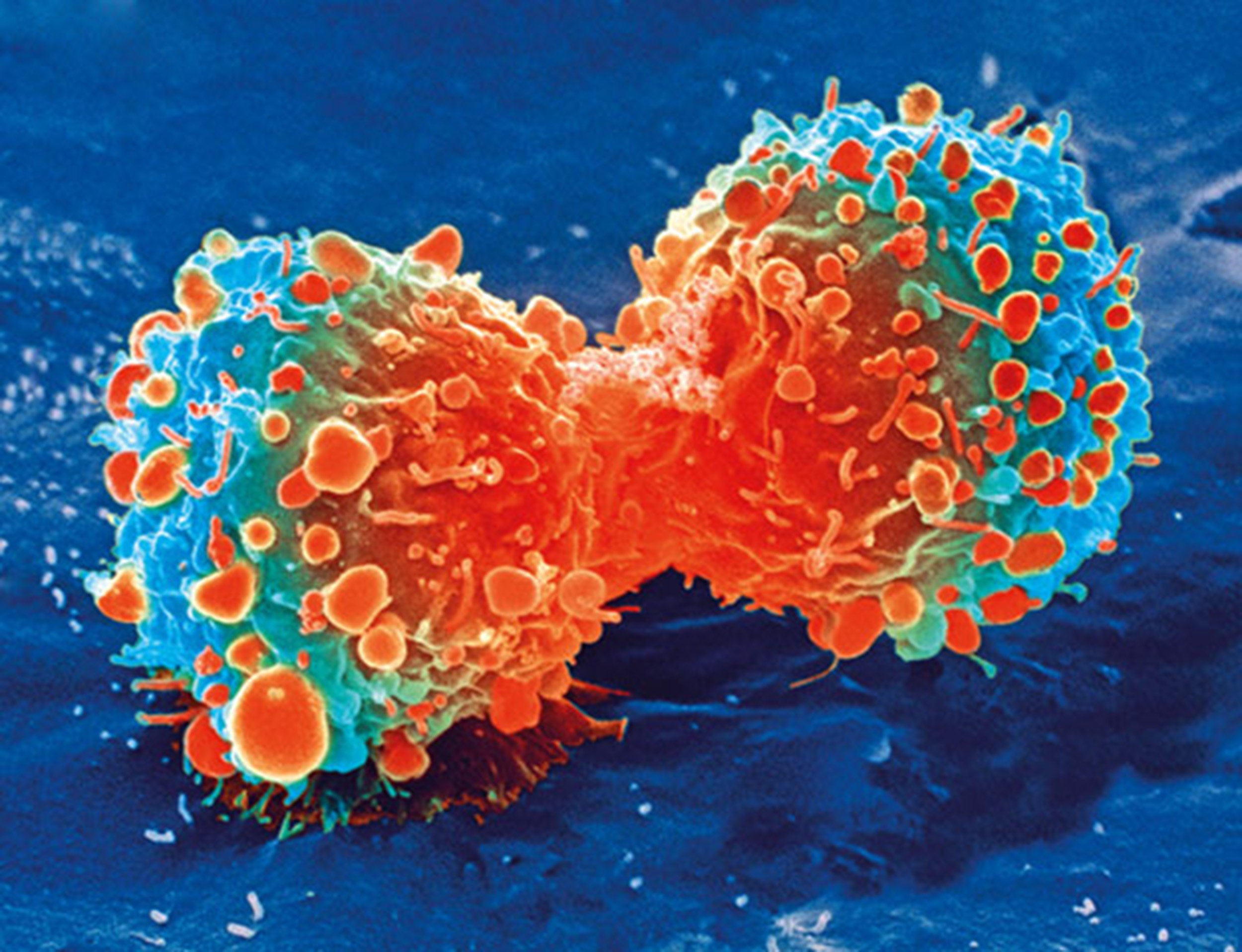 Immune cells engineered to attack childhood cancers were able to eradicate different types of pediatric tumors in mice, according to a new study from the Stanford University School of Medicine.

The study, which will be published online Jan. 17 in Clinical Cancer Research, provides evidence that these engineered cells can target many types of pediatric solid tumors, including brain tumors. Better treatments are badly needed for children with these tumors, particularly when traditional therapies fail.

“The prognosis for children with relapsed brain tumors or solid tumors or metastatic disease generally is dismal,” said Robbie Majzner, MD, the lead author of the new study and an instructor in pediatrics at Stanford. “We’re excited that we have a potential therapeutic representing a completely new modality to treat these children.” The study’s senior author is Crystal Mackall, MD, the Ernest and Amelia Gallo Family Professor and a professor of pediatrics and of medicine.

Immunotherapies that work well for adult cancers do not always succeed against childhood cancers, Majzner noted. One approach, called checkpoint inhibition, targets gene mutations that are limited in most pediatric cancers.

Another immunotherapy method, using chimeric antigen receptor T cells, or CAR-T cells, is the basis of a treatment for one form of relapsed childhood leukemia. Leukemia is a type of blood cancer. That therapy, tisagenlecleucel (brand name Kymriah), employs synthetic biology to make immune cells that react to a surface marker found on the leukemia cells.

Majzner and his colleagues decided to try to make CAR-T cells for pediatric brain tumors and solid tumors, including tumors found in bone and muscle. These cancers do not carry the same surface markers as leukemia, so the scientists’ first step was to look for another marker that engineered immune cells could target.

“You need high amounts of the target on the tumor cells, and you may need the target to be on every cell in a tumor,” Majzner said. The ideal surface marker must not be highly expressed on healthy tissue, to prevent engineered immune cells from attacking normal tissues.

The researchers screened 388 pediatric tumor samples for expression of a surface marker called B7-H3, which prior studies suggested might be a good candidate. B7-H3 was found on 84 percent of the samples, and it was present at high levels in 70 percent of samples. Many types of pediatric cancer were found to express high levels of B7-H3, including Ewing sarcoma (bone), rhabdomyosarcoma (muscle), Wilms tumor (kidneys), neuroblastoma (nerve cells) and medulloblastoma (brain).

The fact that the same marker exists across so many tumor types increases the chance that it could serve as the basis for a commercially viable therapy, Majzner said. Each tumor is fairly rare, with a few hundred children affected across the United States each year, but together they form a larger patient population.

‘The tumor just goes away’

The scientists then developed six types of CAR-T cells to target B7-H3 and tested them in a dish. The type of B7-H3 CAR-T cells that performed best was used for further studies.

The researchers tested these B7-H3 CAR-T cells against several xenograft models of pediatric cancer, in which human tumors were implanted in mice. In mice with osteosarcoma or Ewing sarcoma—both bone tumors—B7-H3 CAR-T cells eradicated the tumors. The treated mice lived significantly longer than animals that received a control treatment.

“The tumor just goes away,” Majzner said. “It’s very consistent. It happened in all the mice, and that’s exciting.”

A group of mice with osteosarcoma had their initial tumors surgically removed and then received B7-H3 CAR-T cells to test whether the cells could treat cancer cells that had spread to the lungs. Again, the CAR-T cells worked; the treated mice lived significantly longer than those in a control group.

The researchers also tested B7-H3 CAR-T cells in mice implanted with a pediatric brain tumor called medulloblastoma. The CAR-T cells were injected into the blood and were able to cross the blood-brain barrier and eradicate the tumors.

The researchers showed that B7-H3 CAR-T cells do not attack cells expressing low levels of B7-H3, a reassuring finding since some healthy cells produce low levels of the marker.

“We’re hopeful that there may be a therapeutic window of B7-H3 levels between tumor tissue and normal tissue,” Majzner said. “The only way to find out is to test our new CAR-T cells in clinical trials.”

The team is now planning a series of phase-1 clinical trials for the B7-H3 CAR-T cells, starting with adult brain tumor patients. B7-H3 is not expressed on healthy tissues in the central nervous system, making it a good starting point for human trials.