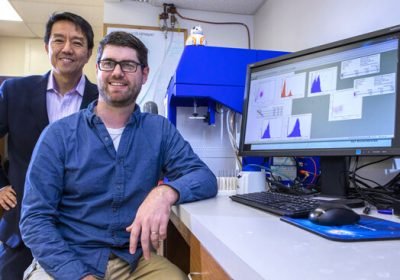 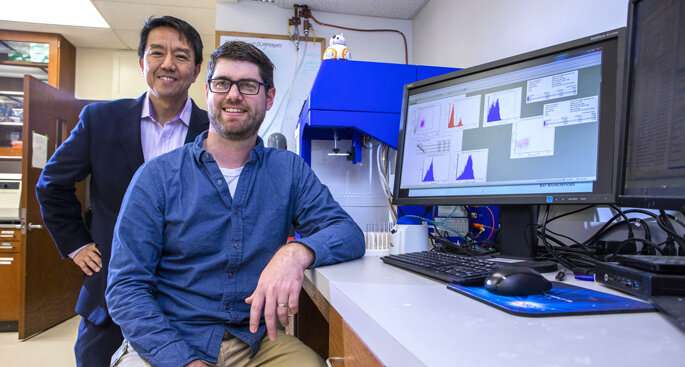 An international team involving Vanderbilt researchers has discovered that a new “checkpoint” protein on immune system cells is active in tumors, and that blocking it—in combination with other treatments—is a successful therapeutic approach in mouse models of cancer. The findings were reported in the journal Cell.

Checkpoint proteins are regulators of the immune response; they put on the “brakes” to protect normal tissues. Checkpoint inhibitor immunotherapies take these brakes off, unleashing the immune system’s cancer-killing power. They have been remarkably effective against a number of cancers.

Korrer and Kim were exploring the molecular landscape of immune system cells in human head and neck cancers removed during surgery. They were particularly interested in natural killer (NK) cells, innate immune cells that detect and kill cells infected by viruses and cancer cells.

“We were characterizing natural killer cells in head and neck tumor samples, looking for cell surface proteins that might explain why the NK cells aren’t working as well as they should be,” Korrer said.

The researchers used the Vanderbilt Flow Cytometry Shared Resource to sort and characterize immune cells based on surface proteins.

They found that a protein called NKG2A was the only inhibitory receptor with increased expression on NK cells in the head and neck tumors. But NKG2A is also expressed by NK cells circulating in the blood, and it only had slightly higher expression in the tumors, Korrer said.

When they looked at proteins on cytotoxic (CD8-expressing) T cells, however, Korrer noticed a jump in NKG2A.

“We weren’t expecting that, since NKG2A is normally associated with NK cells,” he said. “But it was clearly being expressed by CD8 T cells in the head and neck tumor samples and not in the blood. That caught our attention.”

Cytotoxic T cells also kill virus-infected and cancer cells, but they must first be activated by recognizing a specific antigen.

In further studies, Korrer confirmed that the tumor cells expressed the protein that interacts with NKG2A, called HLA-E, and that NKG2A inhibited cytotoxic T cell activity in the tumors. Expression of NKG2A in the head and neck tumors was associated with worse clinical outcome.

Korrer and Kim then connected with Thorbald van Hall, Ph.D., and his colleagues at Leiden University Medical Center in the Netherlands, who had extensively studied HLA-E, and with Innate Pharma, a company in Marseille, France that has developed an anti-NKG2A antibody therapy called monalizumab.

“It appears that NKG2A-targeted treatments have to be combined with something causing inflammation in the tumor, such as a cancer vaccine,” Korrer said.

The researchers demonstrated that the vaccine stimulated the expression of HLA-E in the tumor, suggesting that tumors engage the NKG2A pathway as a mechanism for adaptive resistance to vaccine therapy—and that blocking the pathway may improve responses to cancer vaccines.

In a separate study, researchers at Innate Pharma reported interim results from a Phase II clinical trial of monalizumab combined with cetuximab, an antibody against the EGF receptor, in patients with previously treated head and neck cancer. They found that 30 percent of the patients had a reduced tumor burden in response to the combined treatment.

“Right now, NKG2A looks like it might be the third most successful immunotherapy checkpoint, which is really exciting,” Korrer said.