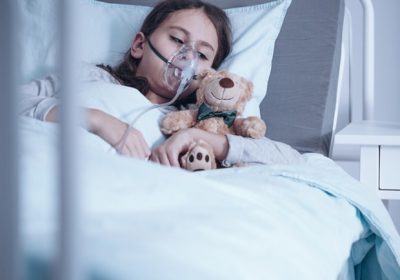 Cystic fibrosis is a genetic condition that affects the production and flow of mucus in the lungs and digestive system. Symptoms usually manifest within the first year of life, although they can develop later. The symptoms are primarily caused by a thick, sticky mucus clogging up the lung airways and the digestive system. Symptoms vary in intensity and severity from person to person.

Long term persistent cough and wheezing
This is caused by the body’s response to the thick mucus that blocks the airways, which is to try and cough up and eject the obstructing mucus.

Recurrent infections of the chest and lung
Continuous build up of the mucus in the lungs provides a favourable environment for bacterial growth which causes recurrent chest infections and severe complications. Strains of bacteria that commonly infect people with cystic fibrosis include Pseudomonas aeruginosa and Staphlyococcus aureus.

Ear and sinus infections
These infections are also very common and are caused by spread of infection from the respiratory tract. Older children may also develop nasal polyps.

The child’s sweat may be unusually salty, which may be noticed when the child is kissed.