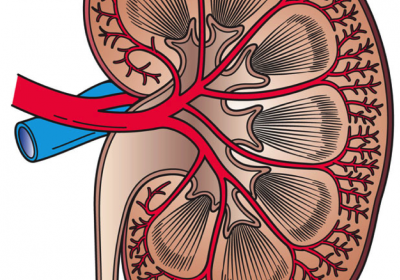 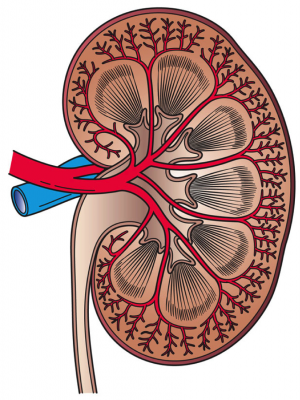 Proton pump inhibitors (PPIs), which include well-known brand names Prilosec, Nexium and Prevacid, are among the most commonly prescribed medications in the world. Approximately 10 percent of adults in the United States take these drugs for frequent heartburn, acid reflux and gastroesophageal reflux disease. Given their prevalence, researchers at Skaggs School of Pharmacy and Pharmaceutical Sciences at University of California San Diego mined the FDA Adverse Effect Reporting System (FAERS) database for unexpected consequences of PPI consumption.

In the study, published February 19, 2019 by Scientific Reports, the team found that patients who took PPIs were more likely to experience kidney disease than people who took histamine-2 receptor antagonists, another form of antacid that treats the same conditions and includes the brands Pepcid and Zantac.

“Post-marketing data collected by the FDA and deposited in the FAERS database allows us to look for potential adverse effects beyond what was found in a clinical trial, which may not have lasted as long or included as much diversity as the FAERS does,” said senior author Ruben Abagyan, Ph.D., professor of pharmacy.

Abagyan led the study with pharmacy students Tigran Makunts and Isaac Cohen, and Linda Awdishu, PharmD, associate clinical professor and chair of the Division of Clinical Pharmacy, all at Skaggs School of Pharmacy.

The FAERS database contains more than 10 million patient records—all voluntary reports of adverse effects while taking a medication. The research team focused on patients who took PPIs and no other medications, narrowing their study population down to approximately 43,000 patients. They applied a mathematical algorithm to look for statistically significant differences in reported kidney-related complications between patients who took PPIs and the control group, approximately 8,000 patients who took histamine-2 receptor blockers, such as Zantac or Pepcid, and no other medications.

Abagyan cautioned that this study does not reveal the absolute frequency of these kidney-related complaints for all people taking PPIs, since reporting in the FAERS is voluntary. He also says it’s possible, though unlikely, the effect could be due to unidentified confounding factors. A large, randomized, controlled clinical trial would be needed to definitively show causality between PPI usage and absolute risk of kidney disease in humans.

As the World Health Organization notes, PPIs are essential medicines for many people, helping them to control symptoms that are often painful and disruptive to daily life. But Abagyan hopes this initial data will prompt health care providers to provide the appropriate warnings, education and monitoring for patients who require PPIs, particularly if they are already at elevated risk for kidney disease and electrolyte abnormalities. Researchers made similar recommendations following a 2017 UC San Diego School of Medicine study that found evidence in mice and humans that PPIs promote chronic liver disease.