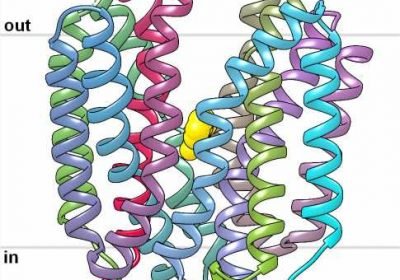 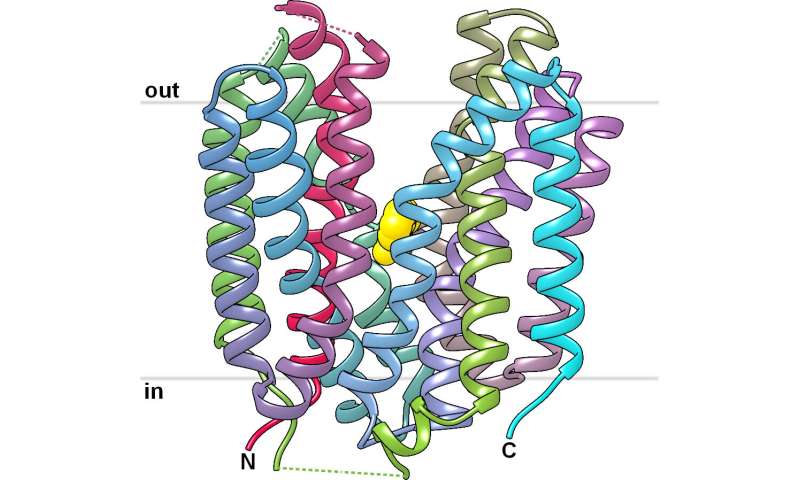 For the first time, Bernese researchers have been able to solve the structure of a transport protein and thus to describe the functional mechanism that plays a significant role in the survival of cancer cells. This is an important step towards developing effective inhibitors to fight tumor growth.

Certain cancer cells depend on exporting the metabolite lactate, which accumulates during the generation of energy. Lactate plays an important role in many biochemical and cellular processes. In healthy cells it is produced if our body is not supplied with enough oxygen during intensive exercise. During this anaerobic energy production, lactate accumulates in cells and acidifies them. In certain cancer cells, metabolic processes are disturbed and large amounts of lactate are produced even if the oxygen supply is sufficient to cover the energy demand. This phenomenon is known as the “Warburg Effect,” which was observed for the first time by Otto Warburg, for which discovery he was awarded the Nobel Prize for Physiology or Medicine in 1913.

Cancer cells use a transport protein, monocarboxylate transporter 4 (MCT4), to export lactate and thus to reduce cellular acidification. The transporter increases the lactate concentration outside the cell and acidifies the cell surrounding. This supports tumor growth and metastasis as the exported lactate is taken up into other cancer cells by another transport protein (MCT1), where it serves as fuel. Therefore, inhibiting MCT1 and MCT4 is a promising approach to fight certain types of cancer. However, so far no approved inhibitors for these transporters are on the market. “In order to develop such potent and highly selective inhibitors detailed knowledge of the structures of MCT1 and MCT4 is important,” says Dimitrios Fotiadis from the Institute of Biochemistry and Molecular Medicine (IBMM) of the University of Bern and the National Centre of Competence in Research (NCCR) TransCure.

Both transporters belong to the so-called “Solute carrier 16” family (SLC16), which is responsible for the delivery of essential substances in the body and which also plays an important role in the uptake, action and excretion of drugs. Therefore, MCT1 and MCT4 are particularly suited as therapeutic targets. No structure of an SLC16 lactate-transporter has been determined and published until now. The research group of Dimitrios Fotiadis succeeded in this, and the results of the study have been recently published in the journal Nature Communications.