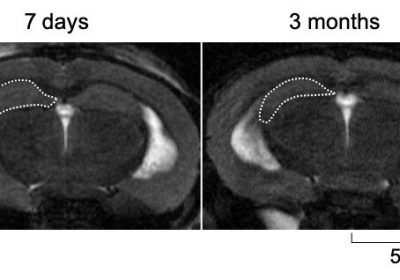 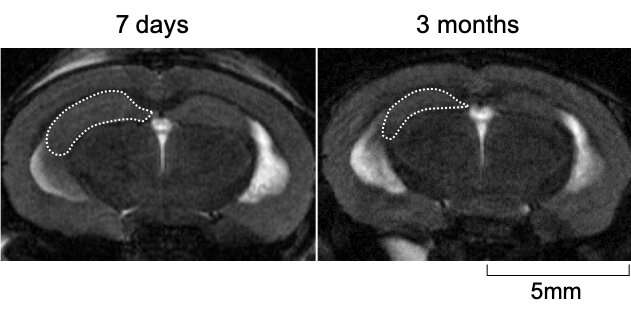 A new protein involved in Alzheimer’s disease (AD) has been identified by researchers at the RIKEN Center for Brain Science (CBS). CAPON may facilitate the connection between the two most well-known AD culprits, amyloid plaques and tau pathology, whose interactions cause brain cell death and symptoms of dementia. This latest finding from the Takaomi Saido group at RIKEN CBS uses a novel mouse model of AD. The study was published in Nature Communications on June 3.

Alzheimer’s disease is a complex and devastating condition characterized by plaques of amyloid-β and neurofibrillary tangles, also known as tau pathology, in the brain. Investigating the connection between these features, the research team identified CAPON, a protein that binds to tau. The CAPON gene is a known risk for other psychiatric disorders, and because AD can be accompanied by psychiatric symptoms, the team guessed that CAPON could form a link between these conditions. Indeed, when they examined one type of AD mouse, they found accumulation of CAPON in the hippocampus, an important memory center in the brain. Furthermore, CAPON accumulation was even greater in the presence of amyloid-β pathology.

After creating another type of AD mouse model using a novel App/MAPT double knock-in process, the team inserted CAPON DNA into the brain, which resulted in CAPON overexpression. These mice exhibited significant neurodegeneration, elevated tau, and hippocampal shrinkage. “The implication is that accumulating CAPON increases AD-related pathology,” says lead author Shoko Hashimoto of RIKEN CBS. “Although cell death resulting from CAPON can occur through many different pathways, we definitely think this protein is a facilitator between neuroinflammation and tau pathology.” This is the first study to use App/MAPT double knock-in mice, which are engineered to have human-like MAPT and App genes containing pathogenic mutations.

If CAPON accumulation exacerbates AD pathology, the team reasoned that CAPON deficiency could have the opposite effect. For this test, the team knocked out CAPON in another type of AD model mouse that typically has increased tau pathology. They found that CAPON deficiency led to less tau, less amyloid-β, less neurodegeneration, and less brain atrophy. Thus, reducing CAPON levels in AD mice effectively reduced many of the physiological AD symptoms.