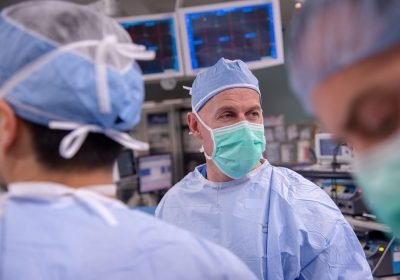 Gregory J. Zipfel, MD, a noted expert on aneurysms and other disorders of blood vessels in the brain, has been named head of the Department of Neurosurgery at Washington University School of Medicine in St. Louis. Zipfel also will become neurosurgeon-in-chief at Barnes-Jewish Hospital. He will begin his new roles July 1. 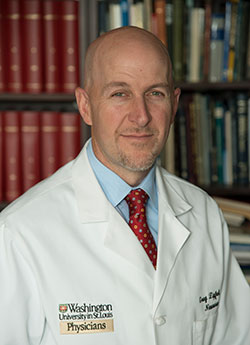 “Greg brings to this position a unique blend of skills and experience as a surgeon, teacher and scientist that we believe will facilitate the next era of national and international leadership in neurosurgery for Washington University School of Medicine and BJC HealthCare,” Perlmutter said. “I look forward to working with Greg in the coming months and years as he leads a department with a rich history and tradition to even greater prominence and achievement.”

Zipfel, a professor and vice chair of the Department of Neurosurgery, succeeds Ralph G. Dacey Jr., MD, who has led the department since 1989. Dacey is renowned for his accomplishments in cerebrovascular research, his myriad contributions to the clinical practice of neurosurgery and his unwavering leadership in the area of resident training and education.

During his three decades at the helm, Dacey promoted an expansion of the department’s clinical and basic research efforts, while maintaining the department’s emphasis on clinical excellence and world-class training and education. Nearly 70 percent of its residency graduates enter academic careers at some of the most highly regarded neurosurgery departments in the country.

“It is truly an honor to succeed my mentor and close friend as the new head of neurosurgery,” Zipfel said. “Dr. Dacey has built a world-class department over a 30-year career here at Washington University, and I see a tremendous opportunity to build upon this extraordinary foundation. I look forward to partnering with so many outstanding colleagues from the School of Medicine, Siteman Cancer Center, Hope Center, Barnes-Jewish Hospital, St. Louis Children’s Hospital and BJC, to usher in a new era of academic accomplishment, leading-edge clinical care and first-rate training in neurosurgery. Through these partnerships, I am confident that we will reach our overarching goal to make a difference in patients’ lives today, while also advancing our field so we can make an even greater difference in patients’ lives tomorrow.”

Zipfel’s surgical practice is focused on cerebrovascular disease and complex tumors that grow near the base of the skull. He is known for his expertise in surgically correcting weak spots in blood vessels, known as aneurysms, and other blood vessel malformations in the brain; removing complicated tumors near the skull base; and creating surgical bypasses around blocked or diseased arteries of the brain to increase blood supply.

As co-director of the Stroke and Cerebrovascular Center at Barnes-Jewish Hospital, Zipfel has worked with colleagues in neurology, radiology and emergency medicine to develop integrated, multidisciplinary patient care that has improved outcomes and access for patients.

Also a professor of neurology, Zipfel’s laboratory research is focused on understanding how aneurysm ruptures cause brain injury. Such tears often lead to permanent brain damage or death, even when treated promptly with emergency brain surgery. Zipfel has helped identify some of the molecular and cellular features associated with brain injury after sudden rupture of aneurysms. This work has led to the discovery of several experimental drugs for reducing brain injury after aneurysm rupture, two of which are being evaluated in clinical trials.

Zipfel also studies how altered blood flow in the brain contributes to dementia. By investigating the impact of amyloid plaques – a hallmark of Alzheimer’s disease – and stress from reactive oxygen molecules – a common feature of aging – on blood vessels in the brain, Zipfel has made major advances in the understanding of cognitive decline in Alzheimer’s disease and aging.

A dedicated educator and mentor, Zipfel directs the neurosurgery residency program at Barnes-Jewish Hospital, where he has initiated and refined curriculum and mentoring programs. He also serves as the national director of resident courses for the Society of Neurological Surgeons, and founded a mentorship program for early-career researchers through the American Academy of Neurological Surgeons.

“I want to thank Dr. Dacey for his decades of leadership of the neurosurgery department,” Perlmutter said. “Under his superb guidance, neurosurgery at Washington University has begun the 21st century with top-notch clinical care and renowned programs in basic and clinical research. I have no doubt of Greg’s ability to continue and expand on this proud legacy.”