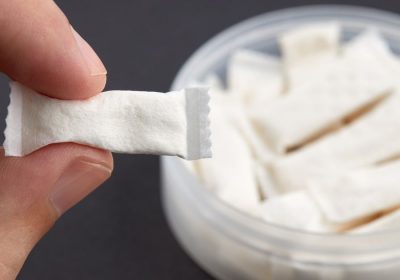 A bizarre new trend is sweeping across Denmark where young people stick nicotine pouches up their butts and inside their foreskins, reports Vice.

Nicotine pouches have grown in popularity in Scandinavia and contain either tobacco or synthetic nicotine to provide a rush or to calm cravings like cigarettes.

Snus, a wet tobacco pouch from Sweden, is commonly used in the region despite being illegal in every EU country bar Sweden.

Young Danes often use the term snus for any tobacco or nicotine pouch that is stuffed under the lip.

And, in July, Denmark banned the use of snus and other pouches during school hours after reports of students using them during their education.

One teenager told DR that he and his friends would stick the pouches under the foreskin during parties.

And, a health pro told the media that a young boy she spoken to had done the same, but warned it could have adverse effects.

She said to DR: “They got drunk and one forgot to take out the nicotine pouch again.

“The next morning he woke up and his penis was red and very swollen and hurting. It was the first and last time he tried it.”

Get all the biggest Lifestyle news straight to your inbox. Sign up for the free Daily Star Hot Topics newsletter

The expert said that nicotine pouches can cause gum damage – and this could translate to damaging other tissues in the body.

And, other people have admitted to putting the pouches in unusual places.

“So I tucked it in. It was a low-strength all-white dry portion and I didn’t feel too much of an effect. Maybe it would’ve been different with a stronger, moist one.”

Another Norwegian online said: “Tried to put snus in my anus once.

“Quite painful after just a few minutes. But the nicotine craving disappeared, so I guess it works.”

Don't try this at home, people!