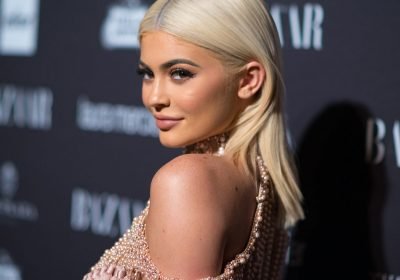 Everyone says breakfast is the most important meal of the day, but sometimes you really, really don’t feel like making it yourself. Apparently Kylie Jenner isn’t much of a breakfast chef, because she spent more than $10,000 on Postmates (a US-based food delivery service) last year, and most of it was on morning meals.

Kylie placed 186 Postmates orders in the last 365 days, according to a new post on Postmates’ The Receipt Blog, and her most popular time to order is 10 a.m.

Kylie joined Postmates just last year but “quickly joined our top percentile of customers by using the app, on average, every other day of the year, from 65 different merchants, and for holding the unofficial record for most Postmates orders in a 10-minute window (4),” the post says. Congrats, Kylie!

Her most common breakfast order? A cream cheese bagel and matcha latte.

The post is filled with interesting nuggets about Kylie’s eating habits, like the fact that her most expensive order was of a bottle of Don Julio Añejo 1942 tequila. Her smallest order: A bottle of Smartwater and a single carrot. Oh! And just before she had her daughter, Stormi, she ordered an Oreo McFlurry, 10 piece chicken nuggets, and French fries.

Kylie spoke to People about her Postmates habit and revealed the things she orders most:

But Kylie’s diet isn’t all takeout and bagels. Since having Stormi, Kylie has mostly focused on eating clean and organic, according to a post on her sister Khloe Kardashian’s app, per Harper’s Bazaar Australia. She also doesn’t eat dairy due to a lactose intolerance, according to E!. And Life & Style says Kylie has been limiting carbs and fried foods.

So, maybe that go-to bagel order is a thing of the past. Either way, I’m looking forward to seeing what record she breaks in 2019.

This article originally appeared on Women’s Health US.