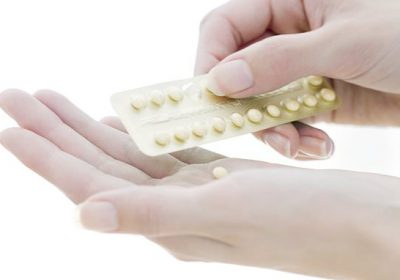 Women who take the Pill each day have an ‘essential’ brain region which is 6% SMALLER, scientists discover

Women who take the Pill each day have a key brain region which is smaller, experts have found for the first time.

The hypothalamus is crucial for the normal production of hormones and plays a role in mood, appetite, sex drive and sleep.

Researchers at Montefiore Medical Center in New York City scanned the brains of 50 women to make the conclusion.

They saw a ‘dramatic difference’ in the size of the hypothalamus in women who took birth control pills.

But they said cognitive performance or behaviour did not change – despite the brain region being around six per cent smaller.

However, other preliminary evidence from the same team found a link between the smaller size and anger and depressive symptoms.

The research will be presented at the Radiological Society of North America’s annual meeting. It is not yet published in an academic journal. 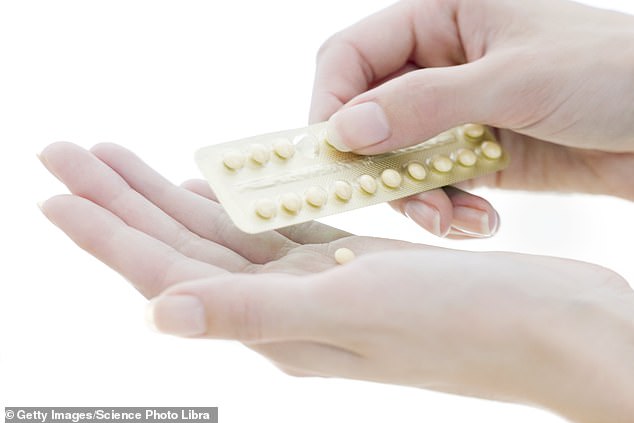 Women who take the Pill every day have a smaller brain region called the hypothalamus, involved in hormone regulation, scientists find for the first time 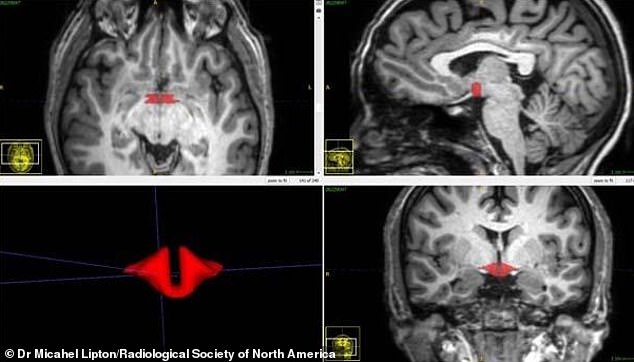 Lead author Dr Michael Lipton, said: ‘There is a lack of research on the effects of oral contraceptives on this small but essential part of the living human brain.’

He added that his team can confirm, ‘for the first time’, using the Pill is linked with a ‘smaller hypothalamic volume’.

The study recruited 50 healthy women, including 21 taking oral contraceptives and had never had brain injury or mental illness. All underwent brain MRIs.

The hypothalamus in women on birth control were about six per cent smaller than those of other women, Discover reports.

‘We found a dramatic difference in the size of the brain structures between women who were taking oral contraceptives and those who were not,’ Dr Lipton said.

He told Discover: ‘I like to tell people that for all parts of the body, size matters most in the brain.’ But he added: ‘It may not represent a risk at all.’

Other findings from the study, which Dr Lipton described as ‘preliminary’, were that smaller hypothalamic volume was linked with greater anger.

There was also a strong correlation between the size of hypothalamic volume and depressive symptoms.

But Dr Lipton found no significant correlation between hypothalamic volume and cognitive performance. It is not clear how this was studied.

The hypothalamus is located at the base of the brain above the pituitary gland and helps regulate bodily functions which are essential for survival.

Disease of the hypothalamus, most often caused by brain injury, surgery, tumours or genetic disorders, can cause insomnia, dehydration and infertility.

Effects of sex hormones, including those in oral contraceptive pills, on the human hypothalamus have never been reported.

Oral contraceptives are among the most popular forms of birth control and are taken by millions of women in the UK and US.

While many millions of women take the Pill without any problems, side effects can occur and a minority report a devastating impact on their emotional wellbeing.

Depression is listed as a side-effect in the warnings leaflet included in every packet, along with symptoms such as blood clotting, weight gain, pain and reduced libido.

Although there are dozens of different brands of the Pill, most contain a mix of two synthetic hormones: oestrogen and progestogen.

The combined pill gives a dose of both of these; the mini-pill has only progestogen.

Oestrogen prevents pregnancy by stopping ovulation. Progesterone thickens the mucus at the entrance of the womb so that sperm can’t get through to fertilise eggs as well as thinning the lining of the uterus, making it difficult for a fertilised egg to implant itself.

Some studies have begun to look at how the introduction of these synthetic hormones alter brain structures.

DOES THE CONTRACEPTIVE PILL INCREASE A WOMEN’S RISK FOR DEPRESSION?

Contrary to popular belief, contraceptive pills, implants or injections do not make women more likely to suffer from the mental-health condition, a study found.

‘Based on our findings, this side effect shouldn’t be a concern for most women, and they should feel comfortable knowing they’re making a safe choice.’

The researchers blame platforms such as social media for making contraception complications seem more common than they are.

But a different study, published in April 2017, found that the pill can indeed trigger mood swings and fatigue.

A team of British and Swedish researchers also found that the contraceptive can lower energy levels, but found no links to depression.

Professor Niklas Zethraeus, of the Karolinska Institute in Sweden, said more doctors should be aware of the risks before dishing them out.

Another study, by the University of Copenhagen study, published in February 2017, concluded that women on the pill are more likely to be treated for depression, with teenage girls proving particularly sensitive to hormonal contraception.

Women taking the combined pill were 23 per cent more likely to be prescribed an antidepressant, most commonly within the first six months of taking it, with younger women at greater risk.

The study involved more than a million women and girls aged 15 and 34 over 13 years.