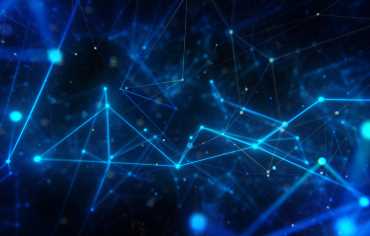 When it comes to responding to disasters like the wildfires that ravage California in the US every year, caring for displaced patients is hard enough, especially in the last two years that have brought record loss of life, destruction and chaos. It gets even worse when clinicians lack access to patient data.

In California, however, officials worked to solve that problem by creating the Patient Unified Lookup System for Emergencies, known as PULSE.

The service is a web application that connects existing health information exchange organisations and other data sources to be used explicitly during disaster scenarios.

Robert Cothren, executive director of the California Association of Health Information Exchanges said the tool is designed to provide healthcare volunteers with electronic health information for victims and evacuees of disasters during the ongoing situation or shortly thereafter. The tool can be activated in response to a declared disaster, be it regional or statewide, provided the crisis is large enough that normal infrastructure can’t deal with it.

This is just one article in the new HIMSS Insights eBook: Connected Care and Interoperability. Download the full edition here.

PULSE is deployed to areas or alternative healthcare facilities where care is being delivered on an emergency basis, such as evacuation centres with some medical capabilities, field hospital etc. Its two critical user roles are self-explanatory: search for patient records and retrieve patients’ records. Then, if found, the tool allows its user to view that information. The user types in patient demographics and the system searches a large number of potential facilities to gather information on that patient.

According to Mariann Yaeger, CEO of Sequoia, the tool relies “extensively” on IHE profiles for the query for documents function. It will also be integrated with the FHIR base healthcare directory managed by Sequoia. It utilises the industry standards IHE XCPD, IHE XCA, IHE XUA, IHE ATNA, HL7 FHIR, W3C XML-Dsig, W3C XML, IETF X.509 and IETF TLS.

The tool is intended to be used for injured victims that are being transported for acute care as well as minor injuries who can’t get care from their usual primary care physician, as well as those displaced who need care for chronic conditions.

Most disaster operations are on paper in those alternative facilities so PULSE might be printing out some of that paper information and adding it to the paper records for the facility.

Developed through funding and oversight from the Office of the National Coordinator for Health IT and the California Emergency Medical Services Authority (Cal EMSA), PULSE was originally deployed in July 2017 for Santa Rosa wildfire and again that December for the Ventura wildfires.

More recently, PULSE played a pivotal role in Butte County, where the Paradise community was ravaged by the Camp Fire.

PULSE was literally the heartbeat of EMSA’s operations on the ground, allowing volunteer providers to access patient information and get them the care they needed, especially medications, said Leslie Witten-Rood, program manager for California EMS Authority and part of the team sent up to Butte to deploy PULSE.

The key thing for her, and a major takeaway as far as the pivotal role the tool can play, was helping to get prescriptions when people had frantically fled from their homes with only a little bit of medication or none at all. That was one of the impactful things in the shelters and a major way that PULSE helped boost the quality of care providers in the field delivered.

One patient whose information she looked up had two more days of his insulin left. She was able to work with doctors there by showing them his records so that they could get him a supply of his much-needed prescription. She added that many people suffered major smoke inhalation and will now need treatment for asthma.

“There are patients that never had asthma before who now have asthma who will need albuterol and will have medical needs they never had before,” she said. PULSE will have that information ready when those patients need medication.

What’s next for PULSE?

Like almost any technology, PULSE is still evolving, said Cothren. They are looking for ways to improve it, including dealing with connectivity issues during a disaster. Another scenario being evaluated, and one especially applicable to California, is looking at how first responders would use PULSE in a building collapse during an earthquake where large numbers of victims are coming in through first responders.

It’s clear from its deployments so far that PULSE’s potential is huge.

“It’s a new system that needs to be exercised and we are still learning some things about PULSE … we are looking at making PULSE available nationally. There are many areas of the country that experience large scale disasters and need critical information on patients and PULSE was designed to work in areas outside of California and we are looking at ways we can get it working beyond that point,” Cothren told HIMSS Insights.