Home » Why Children Are Contracting COVID-19 In Shockingly High Numbers

Why Children Are Contracting COVID-19 In Shockingly High Numbers 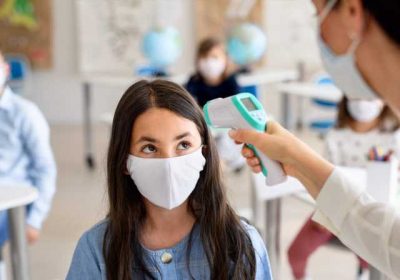 When it comes to data on coronavirus cases by age, according to the American Academy of Pediatrics (AAP), children make up more than a fifth of the total, increasing from about 3% last year to 22.4% of recent cases.

Dr. Sean O’Leary, vice chair of the AAP’s Committee on Infectious Diseases, spoke with NPR on the issue. He noted that as the United States ended its end-of-the-year wave, the number of overall cases fell, however, cases in children have not decreased at the same rate.

“Yes, it is absolutely true that it’s less severe in kids than it is in adults, and particularly older adults,” he explained. “But it’s also not true to say that it’s completely benign in kids. Fortunately, pediatric death is a fairly rare event. But when you look at the top 10 causes of death, on an annual basis, this year, we’ve had, depending on whose numbers you use, somewhere between 300 and 600 pediatric deaths from COVID-19 so far.”

He later added, “So the point I’m making there is that yes, it’s less severe, but it’s still potentially a very severe disease.”

Why are the numbers on child coronavirus cases so high, though? Dr. Sean O’Leary mentioned that there are several factors, including new variants of COVID-19, guidelines on school activities being changed, and the fact that over 100 million Americans (ages 16 and over) are fully vaccinated, (via NPR). As of writing, all states are only eligible to administer COVID-19 vaccines to those who are 16 years old and up, as reported by NBC.

A recent study found that a significant difference was made, when looking at the spread of the coronavirus in schools, due to taking steps like wearing masks, regularly checking symptoms, and canceling extracurricular activities, (via Science Magazine). As schools have resumed activities, there are rules in place, such as having athletes test negative once a week before they can play and sitting six feet apart. However, these students are then blocking out, tackling, tagging, and so on (via mlive.com).

“Now, the good news is we may, in the coming weeks, have the vaccine approved down to age 12,” O’Leary said. “So that could be a big game changer, because we’ve known all along that adolescents tend to be both more likely to get infected and to spread the infection relative to the younger kids.”