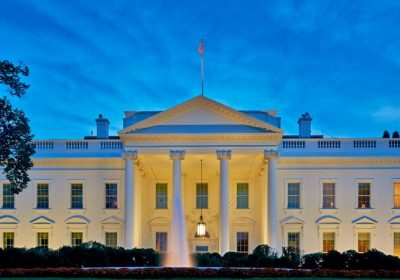 Americans can order a second round of free at-home COVID-19 tests from the federal government to be shipped to their homes.

Each household can now receive a total of eight tests from COVIDtests.gov. Those who ordered the first set of four tests in January or February can order a second batch, while those who haven’t yet ordered tests can place two orders.

“Get your free tests today,” President Joe Biden said in a video posted on Twitter on Monday. “So we’re prepared no matter what COVID-19 brings.”

Biden announced during his State of the Union address last week that Americans would be able to receive more tests. More than half of U.S. households ordered tests in January and February, leaving nearly half of the stock of 500 million tests up for grabs.

“The way that we set this up was to make sure that every household who wanted these tests could get them before we made a second round available,” Tom Inglesby, MD, the White House COVID testing coordinator, told NPR.\

When the website opened in January, 45 million Americans placed orders on the first day, according to The Associated Press. Some tests didn’t ship within the promised 7- to 12-day window because the Biden administration was waiting for manufacturers to make more tests, NPR reported.

For the second round of orders, test shortages won’t be a problem, Inglesby said.

“As we open up this second round, we are going to be shipping immediately,” he told NPR. “We have a fairly substantial stock of new tests ready to be shipped, so we expect orders to be delivered quickly.”

Although COVID-19 cases have dropped significantly and the Omicron surge has receded across the country, the Biden administration is encouraging Americans to keep tests on hand at home in case a new variant emerges or case numbers begin to climb again.

Household members should take a test if they get COVID-19 symptoms, have close contact with someone who has COVID-19, or want to spend time indoors with someone who faces a high risk of severe illness if they catch the coronavirus.

The Biden administration is also adding at-home COVID-19 tests to the national stockpile so the federal government can send out tests quickly during a future surge, NPR reported. The White House has requested $22.5 billion in funding from Congress, with part of that going to rapid tests.

The COVIDtests.gov website is available in English and Spanish. Those who need help placing an order can call 800-232-0233 to receive assistance in more than 150 languages.

NPR: “You can order free COVID tests from the government again.”