Which plant oil is healthiest? If you’re confused you’re not alone 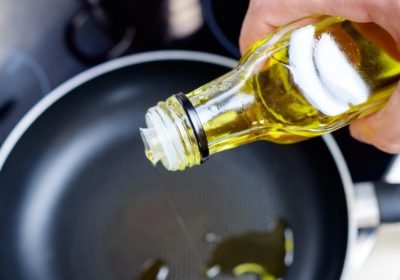 With 50,000-odd foods on the supermarket shelf, all garishly vying for our attention, decision fatigue is a reality many people face. And that’s before we’ve bothered to turn over each product to check the ingredients list or read the complicated nutritional breakdown panel in tiny print. 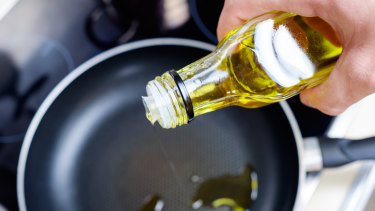 What is the good oil? It depends how you look at it.Credit:Shutterstock

The Health Star Rating (HSR) system was created to help consumers to make healthier choices, by allowing us to compare the nutritional profile of packaged foods at-a-glance.

This is why, flawed as it is (here’s looking at you Milo-gate), health and consumer bodies largely support the review currently taking place to improve the system and are calling for the HSR to be made mandatory.

Some of proposed changes however only serve to highlight the confusion around what is and is not healthy.

Take the HSR on plant oils for example.

Based on the suggested change to the algorithm that calculates the score, chemically refined, highly processed canola and sunflower oils will receive a higher HSR (5 stars) than cold pressed extra virgin olive (EVOO) and avocado oils (4 stars).

This is because the HSR only assesses oils on their saturated fat content alone.

“There is pretty compelling evidence that when you replace saturated fats with unsaturated fats you lower cardiovascular disease risk. So yes [the type of fats] matter,” dietitian, Dr Joanna McMillan explains. Still, she says, “it is ridiculous to say they are healthier on that basis” alone.

The Australian Chronic Disease Prevention Alliance (ACDPA) argue that the limit for judging based on saturated fat should be higher.

“The Heart Foundation has developed their own criteria for fats and oils and have a cut off of 20 per cent for saturated fat content; this means EVOO and avocado oil are recognised as healthy oils alongside oils like canola and sunflower,” a spokesperson said. “ACDPA recommends setting the saturated fat level for an HSR of 5 at 15-20 per cent (instead of the suggested 12 per cent) to better align with the evidence base for healthier oils within a healthy eating pattern.”

Nutrition Australia have called for plant oils scores to align with the Australian Dietary Guidelines, which recommend minimising saturated fat (found in high levels in butter, coconut and palm oils), but treat all oils predominantly made up of healthier unsaturated fats (which includes canola oil, olive oil, avocado oil) as equal.

But are they equal?

The health of an oil (or food) is more than the sum of its saturated fat.

Canola oil contains omega-3 polyunsaturated fatty acids, which are beneficial for the body and brain while evoo has a high polyphenol content, which has a cardioprotective effect.

In contrast to cold-pressed evoo and avocado oils, vegetable oils like canola (genetically modified varieties have been grown in Australia since 2008) and sunflower, are typically refined with solvents, bleach and then deodorised. These processes gives them a bland flavour and colour and stability when cooking at high-temperatures.

Trans-fats and the formation of harmful byproducts during prolonged commercial deep-fat frying are other among concerns.

“The algorithms behind the [HSR] system are not sophisticated enough to take into account the many factors that influence the healthfulness of an oil,” McMillan says. “A singular focus on saturated fat is giving consumers the wrong outcome…

Although the Australian dietary guidelines recommend having these oils “only sometimes and in small amounts”, giving refined vegetable oils a  a 5 start health rating, makes it “even more confusing to the consumer”, McMillan says.

It’s not just the consumers who are confused.

“I guess one of the key problems here is that nutrition experts disagree on the healthfulness or unhealthfulness of refined seed oils,” says McMillan. “As we move from a singular nutrient focus to a whole food picture, this will change.

"Evidence such as the new studies showing the safety of oils when you heat them to cook – showing evoo was actually the safest and canola and sunflower performed the worst – will expand and force a rethink. We have to look beyond saturated fat content as the sole factor.”