What to Know About Alex Trebek’s Incurable, Stage 4 Pancreatic Cancer 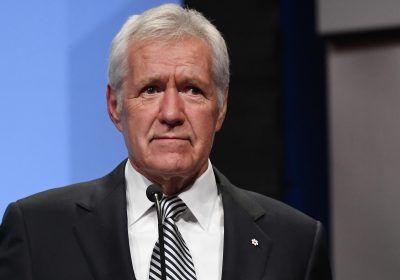 On Wednesday, in his usual straightforward but jocular style, Alex Trebek shared the sober news that he had been diagnosed with stage 4 pancreatic cancer.

The longtime Jeopardy! host, 78, said that he’ll continue on the show, and that he plans “to beat the low survival rate statistics for this disease.”

“Now normally the prognosis for this is not very encouraging, but I’m going to fight this and I’m going to keep working,” Trebek said in a video message.

Stage 4 pancreatic cancer does come with an upsetting prognosis — the late stage means that the disease has already spread through the body and is incurable, Dr. Mary Dillhoff, assistant professor of surgery in surgical oncology at the Ohio State University Wexler Medical Center, tells PEOPLE.

“People will die of their disease. And most people with metastatic [stage 4] pancreatic cancer will die within a year,” she says.

The problem, Dillhoff says, is that pancreatic cancer is incredibly difficult to identify, and by the time it is found, it’s often too late.

“The tumors are difficult to see on imaging, and they often will spread early,” she says. “So by the time we have a visible tumor, they could have already spread.”

Plus, Dillhoff says, the symptoms are “vague” and frequently dismissed.

“People will have weight loss, or vague abdominal pain, or an upset stomach. The symptoms are all really vague, so it takes a while for that to catch the doctor’s attention enough to order tests and find it,” she says.

In rare cases, about 15 to 20 percent of the time, the cancer is caught early enough — before it spreads outside the pancreas — and surgery to remove the cancerous tumors is possible. That happens if the tumors develop on the right side or head of the pancreas, which causes jaundice, or yellowing of the skin, which “will obviously prompt medical attention” that allows for an earlier diagnosis.

And in cases where a person has a family history of pancreatic cancer or one of a few genetic syndromes that lead to the disease, there are tests that can check for the cancer — but “there aren’t very effective screening methods,” Dillhoff says. “There’s no colonoscopy or mammogram for pancreatic cancer.”

For patients like Trebek with stage 4 pancreatic cancer, the options are chemotherapy or a clinical trial to try and stave off the disease.

“Chemotherapy is the primary treatment,” Dillhoff says. “There are times that we’ll do other things, but that is very rare. In general, the vast majority of people will get chemotherapy until their disease progresses and they’re not responding any longer, or that their condition becomes such that they cannot tolerate chemotherapy anymore.”

“There are about 50,000 people in the United States diagnosed with pancreatic cancer each year. It’s not as prominent as other cancers, but it will soon become the second most deadly cancer in the U.S. As of 2020 they expect it to climb to number two from number three,” she says. “We’ve gotten up to 8 percent in overall survival, but it’s been a very slow tick up, and we haven’t had any remarkable discoveries that have increased the life of our pancreatic cancer patients.”

The best thing to do, Dillhoff says, is to go for regular checkups if you have a family history of pancreatic cancer or a genetic predisposition, and to insist on medical help if you think something is off.

“For patients who are continuing to lose weight, or become diabetic or have abdominal pain, those people should push their physicians for a closer look and continue to get help,” she says. Otherwise, “the best thing to do is to live a healthy lifestyle — no smoking, and maintain a healthy weight.”