Home » Health News » What are Adhesins? 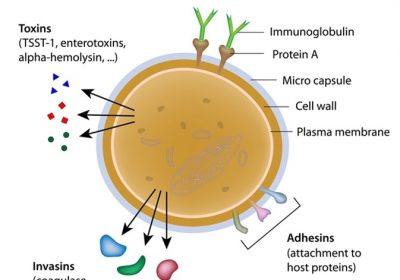 Many pathogenic and non-pathogenic bacteria associate with surfaces, and this is achieved using proteins called adhesins. Bacterial adhesins recognise and attach to target molecules on a surface in a lock and key mechanism, and different adhesins are present in a tissue-specific manner. Many studies also suggest the role of adhesins as virulence factors. 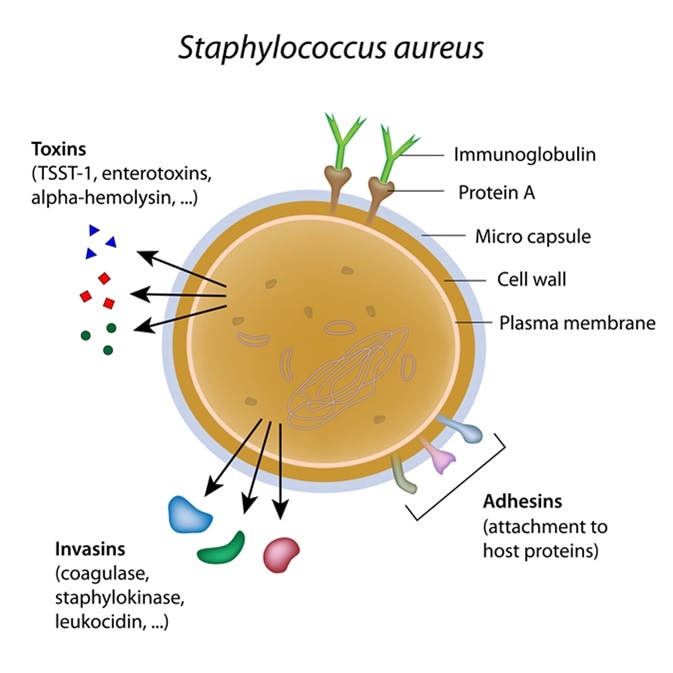 Two secretary pathways involved in the expression of adhesins on bacterial cell surface are known. These are the autotransporter pathway and the chaperone-usher-assisted surface display. AIDA-I is a part of the autotransporter pathway, and this protein consists of two domains, N-terminal α domain and C-terminal β domain. The β domain forms a barrel pore structure in the outer membrane and the α domain passes through the barrel structure and extrudes outside. The adhesin moiety is present on the extruding α domain. In case of the second pathway, a bacterium has 200–500 fimbriae on the surface where each fimbriae consists of four elements- FimA, FimG, FimF, and FimH.

Role of Adhesins as Virulence Factors

One of the most important steps during pathogenesis of a bacterium is its attachment to mucosal or other biotic surfaces, such as respiratory, urinary, or gastrointestinal tracts. The attachment to these surfaces in many bacteria has been attributed to adhesins; thus, suggesting their role as a virulence factor. In many cases, a bacterium can be rendered non-pathogenic by disrupting its attachment to specific tissues. However, the addition of adhesin to a bacterium does not convert it in to pathogenic bacteria. The role of adhesin as a virulence factor was first shown in E.Coli strains that attach to the intestinal mucosa of pigs where disrupting the function of adhesin was able to convert the strain to non-pathogenic. Studies also show that adhesins are potent virulence factors in a specific strain of E.Coli (pyelonephritic strains) that are present in human kidney.

Vaccines Based on Adhesins

As one of the critical steps in pathogenesis is attachment of a bacteria to a mucosal surface, several vaccines have been developed that are anti-adhesin antibodies that break the bond between -bacteria and the surface to which it is attached. This activity can render it non-pathogenic. For example, human enterotoxigenic E. coli attach to upper intestinal mucosa in humans, and this bacterium leads to diarrhoea and infection. Anti-adhesin vaccine in this case has proven highly effective.

Although this strategy is attractive, it poses several problems. One is the enormously large number and variation of bacterial adhesins. Secondly, these adhesins are not expressed at the same time and place, depending on the local environment. Despite these issues, these vaccines have proved useful in diseases, such as diarrhoea and urinary tract infections.

Dr. Surat graduated with a Ph.D. in Cell Biology and Mechanobiology from the Tata Institute of Fundamental Research (Mumbai, India) in 2016. Prior to her Ph.D., Surat studied for a Bachelor of Science (B.Sc.) degree in Zoology, during which she was the recipient of anIndian Academy of SciencesSummer Fellowship to study the proteins involved in AIDs. She produces feature articles on a wide range of topics, such as medical ethics, data manipulation, pseudoscience and superstition, education, and human evolution. She is passionate about science communication and writes articles covering all areas of the life sciences.