Weight Watchers kids' app is a terrifying reminder of my anorexia 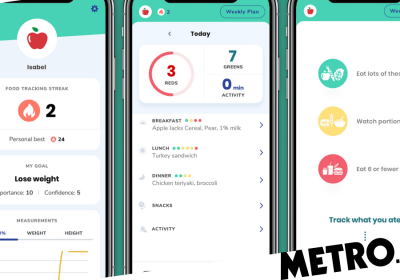 When I read about some of the main features of Weight Watchers’ new dieting app for children and teenagers in the US, I was horrified.

Kurbo, as it’s known, is aimed at people aged eight to 17 years old and claims to help them ‘choose healthier foods, build better habits and lose weight’. The app’s glossy website is full of happy, smiling children in before and after weight loss snaps, some of which are supported by positive testimonials from their parents.

In reality, there is evidence that shows dieting during adolescence can increase the risk of eating disorders.

As someone with a history of anorexia – which started in my teens – Kurbo sounds terrifying.

The app encourages children to ‘count every food you put into your body’, enter weight goals and score food choices using a traffic-light system, where green foods are good and can be eaten freely, but red foods are bad and children should ‘stop and think’ before they eat them.

Users also receive tips on how to compensate for things like birthday cake and weight loss coaches are on hand to ensure children stay on track.

All of this reminds me of the voice of my eating disorder.

I obsessed over every single thing that I put into my mouth, created unrealistic weight goals and categorised food choices as positive or negative and these behaviours only fuelled my anorexia.

Each time that I judged myself based on what I had eaten or the number on the scale, the anorexic voice became even louder. Eventually it took over my life completely and I needed hospital treatment.

I can’t imagine how much harder things would have been if I had grown up with an app that actively encouraged this type of behaviour or had parents who thought this was normal – but a short spell with MyFitnessPal showed me that the results can be devastating.

While there are number of factors that can influence the development of an eating disorder dieting is one of the biggest risk factors identified so far.

I was already at a low weight when I first downloaded it, but wanted to lose more. After following the recommended calorie intake and exercise regime for only three days I passed out at a bus stop at 11pm and had to seek help from strangers.

It would appear that my experience is not unique as a recent study suggests that apps like this have the potential to exacerbate eating disorders.

To show that we should value kids’ mental and physical health over their weight, I have set up a petition to get WeightWatchers to remove the potentially harmful Kurbo app.

Within just a few days, we have received over 80,000 signatures. We have also joined forces with a similar petition in the US, where the app is already readily available.

While there are number of factors that can influence the development of an eating disorder dieting is certainly one. The disorder most commonly rears its ugly head during a person’s teenage years, but there are reports of anorexia being diagnosed in much younger children as well.

Not only could this diet increase the risk of eating disorders, but dieting behaviours can seriously disrupt a child’s physical and hormonal growth patterns during childhood and adolescence.

Young people have high nutrient requirements, especially for calcium and iron, which are really important during the teenage years – yet the ‘green light’ foods in Kurbo seem to consist primarily of fruit and vegetables, which don’t provide high quantities of either.

Many people who diet also often end up regaining the weight they lost because it’s biologically difficult for us to sustain a weight lower than where our body wants to be.

If these children fail their diets and feel terrible about themselves they may jump straight back on the bandwagon and become lifelong customers.

‘Studies show that behavior-based weight management programs do not cause eating disorders. In fact, they provide kids with tools to make balanced food choices and manage their weight in a healthy way.’

We also asked Weight Watchers whether Kurbo will be coming to the UK, but have not received a reply. This article will be updated if we do.