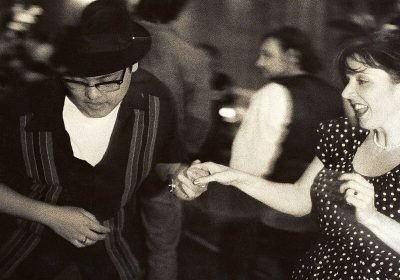 (HealthDay)—Want a reason to get out of your comfy armchair? Even low levels of regular physical activity—brisk walking, dancing or gardening—can reduce your risk of premature death, a new study finds.

Americans who got in just 10 to 59 minutes of moderate physical activity every week had an 18 percent lower risk of death from any cause, compared with couch potatoes, the researchers found.

Those benefits continued to mount with longer periods of activity.

The message is clear, said Dr. Mary Ann McLaughlin, a cardiologist with the Mount Sinai Hospital in New York City. “If you’re completely sedentary, you have to start moving, even if it’s 10 minutes a day,” she said.

“If you’re already moving a little bit, going a little bit further, with a little more vigor, really reduces the risk of death even greater. You don’t have to be a marathon runner to have these good effects,” added McLaughlin, who wasn’t involved with the study.

People who met the U.S. guideline of at least 150 minutes of moderate-intensity activity a week reduced their overall risk of death by 31 percent, and those who clocked in 1,500 minutes weekly nearly cut their risk in half, the results showed.

The research provides further confirmation of the health benefits of exercise, and shows how physical activity could directly affect your risk of death, said Dr. Joseph Herrera. He is chair of the Mount Sinai Health System department of rehabilitation and human performance, and was not involved with the study.

“If I could write a prescription for every single one of my patients and it said ‘Exercise’ on it, and they took it like they would take a pill, I don’t think they would be seeing me as often as they do,” Herrera said.

The new report comes days after a study from the U.S. National Heart, Lung, and Blood Institute found that routine housework and gardening could benefit older women’s hearts.

Even light physical activity—gardening, going for a stroll, folding clothes—appeared to reduce the risk of stroke or heart failure by up to 22 percent, and the risk of heart attack or coronary death by as much as 42 percent, that study found.

For this latest study, Dr. Bo Xi, of Shandong University School of Public Health in China, and colleagues relied on health surveys conducted annually between 1997 and 2008 by the U.S. Centers for Disease Control and Prevention. The analysis included more than 88,000 survey participants, aged 40 to 85.

Participants estimated their amount of leisure-time physical activity. The researchers then compared those responses to mortality data from 2011 to see if being active had any impact on risk of death during the study period.

McLaughlin said that “when the data was evaluated, those patients who got just 10 to 59 minutes a week of moderate physical activity really reduced their risk of death from any cause.”

The researchers only counted exercise that had been done in increments of at least 10 continuous minutes, which matched the U.S. physical activity guidelines of the time, she noted. Since then, the federal government has said that any activity, no matter how brief, counts toward your weekly total, McLaughlin explained.

Along with the overall reduction in risk of death during the study period, the investigators found that 10 to 59 minutes of exercise reduced heart-related death risk by 12 percent and cancer-related risk by 14 percent.

Heart risk declined by as much as 37 percent as minutes of activity went up, and cancer risk declined up to 47 percent with more activity, the findings showed.

Eventually, the benefits of physical activity appeared to plateau. People who exercised more than 1,500 minutes a week had about the same risk of death, or slightly higher, than those who worked out a little less than that, according to the report.

This makes sense given what we know about elite athletes and how they hit certain plateaus in their training, Herrera said.

“We do know that the body does require some sort of recovery as well,” he said.

This also has implications for people who are weighing moderate exercise versus more intense workouts, such as vigorous running or bicycling, Herrera said.

Essentially, people who engage in vigorous workouts don’t necessarily gain additional health benefits, but they do cut the amount of time they have to put in, Herrera said. For example, 75 minutes of vigorous activity a week has effects similar to 150 minutes of moderate activity.

The impact of physical activity on cancer is a little tougher to determine. Herrera said it might be due to the increase in body metabolism associated with exercise, which could help clear out diseased old cells before they become cancerous.