USPSTF Declines to Recommend Lipid Tests for All Kids 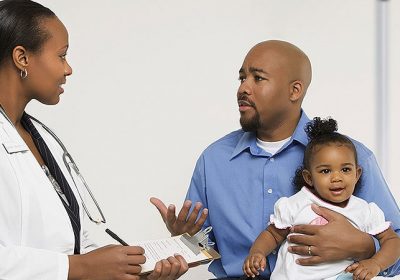 Citing a lack of available data, the US Preventive Services Task Force (USPSTF) announced Tuesday that it is unable to make a recommendation on whether clinicians should screen children and adolescents for lipid disorders.

The task force said in a statement posted on its website that doctors should not view its not making a recommendation as guidance not to conduct early screening for high cholesterol for young patients. Testing can be used to identify high cholesterol caused by familial hypercholesterolemia or environmental factors, such as diet and exercise.

To make a decision, the task force “must find that there are more benefits than harm,” said Katrina Donahue, MD, MPH, the director of research in the Department of Family Medicine at the University of North Carolina at Chapel Hill, who is a member of the task force.

“In this case, we don’t have enough evidence to tell us,” she said. “The long-term benefits and harms of treating children and adolescents to lower cholesterol is not well understood.”

USPSTF, a voluntary panel of health experts, issues clinical recommendations that doctors use to guide preventive screening as well as decisions regarding medications and counseling services for patients.

Donahue said USPSTF aims to update its recommendations every 5 years. Guidance for lipid screenings in children or adolescents were last reviewed in 2016, when a similar nonrecommendation was made.

The announcement comes as the rate of pediatric obesity ― often linked to high cholesterol ― continues to tick upward. Nearly 1 in 4 children and young adults aged 2 to 19 are considered obese.

A Dearth That Harms Patients

Because there has been little research regarding lipid screening for children, prescribers face a dilemma when treating patients, especially since screening can reveal familial hypercholesterolemia, which is caused by a somewhat common genetic mutation, according to Shelby Kutty, MD, PhD, director of pediatric and congenital cardiology at the Johns Hopkins School of Medicine in Baltimore.

Hypercholesterolemia significantly increases the risk of heart disease. It occurs in about 1 in 250 people but can be treated with cholesterol medication.

Still, Kutty said he agrees with the task force’s conclusion that the evidence in support of universal screening is lacking.

“This is a tricky one,” Kutty said. “There’s no real strong evidence to really go for that screening. To recommend that universally is tough, based on available data.”

Kutty said he and other lipid specialists typically consider several risk factors, such as obesity, diet, and sedentary lifestyle in young patients, and recommend lifestyle changes. USPSTF has recommended obesity screening for children aged 6 and older, as well as counseling against tobacco use to promote heart health in all children.

Doctors can use recommendations from other well-respected health organizations when weighing whether to screen a patient for lipid abnormalities, Kutty noted.

At least one study has shown that early treatment for children as young as 8 years helped decrease the risk of cardiovascular disease in patients with familial hypercholesterolemia, Kutty said. He anticipates there will be more studies in the future and noted that it will require long-term research in children.

The public is able to weigh in on the task force’s recommendations until February 21 on the USPSTF website.

Amanda Schmidt is a journalist living in Virginia.