Home » Health News » US abortion politics: How did we get here and where are we headed?

US abortion politics: How did we get here and where are we headed? 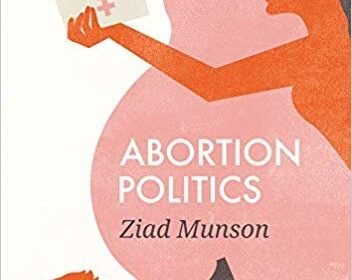 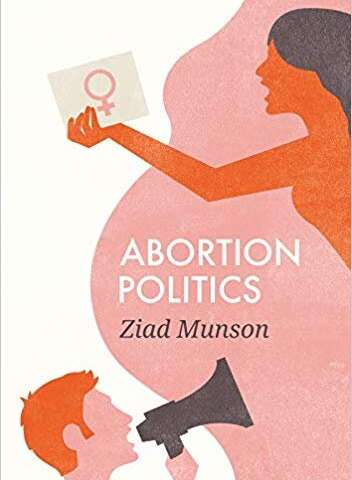 The meaning of abortion has changed over time, writes Munson, an associate professor of sociology at Lehigh University. The lesson of this history, he writes, is that: “…there is nothing natural about how we think about the abortion issue or the role it plays in politics and society….Instead, abortion has been constructed as a controversial issue because of a variety of historical events, the decisions of various individuals, organizations and social movements over the course of the country’s history, and the ways in which social environments have changed over time.”

As a scholar who studies social movements, Munson focuses his examination on both sides of the debate. He calls each movement by the name each has designated for itself?pro-choice and pro-life?without any claim as to the accuracy of those names, a choice consistent with social science research, particularly related to social movements.

In the book, Munson details the history of abortion in the U.S. from the country’s first half-century of existence when “abortion was neither illegal, rare or controversial,” to the first criminalization laws brought about by physicians in the 1850s seeking to solidify their status as keepers of specialized knowledge, to the liberalization laws of the 1950s opposed by the Catholic Church. The women’s movement of the 1960s framed access to abortion as an equal rights issue and the emerging pro-choice movement resulted in the 1973 Supreme Court decision Roe v. Wade. The decision established a woman’s right to an abortion up to fetal viability and banned restrictions on this right at any point during a pregnancy if the “life or health” of the mother might be endangered. The companion case, Doe v. Bolton, defined the “health” of the mother to include emotional and psychological well-being, in addition to physical.

Religion and the Pro-Life movement

The national movement to oppose legalized abortion began in 1967 when the National Conference of Catholic Bishops formed the Right to Life League, writes Munson. Catholic Church leaders eventually realized that their goals would best be accomplished by a secular organization and severed the League from the Catholic hierarchy renaming it the National Right to Life Committee (NRLC) and appointing a secular leader.

In “Protest and Religion: The U.S. Pro-Life Movement,” Munson writes that this analysis “…underscores the important way that religion’s impact on pro-life protest is not limited to being a source of motivational beliefs. The Catholic Church as a formal organization played a key role in facilitating the mobilization of the movement.”

Munson’s view is that religious motivations, while important to the pro-life movement, are overemphasized as a causal factor in the mobilization of protest.

“The focus on religious belief as a source of motivation cannot explain why only a very small fraction of tens of millions of religiously devout and politically conservative Americans will ever engage in active protest against abortion,” writes Munson.

“My own research has found,” he continues, “that movement activism has actually sparked a change in religious beliefs for a significant number of activists, rather than religion being the original motivation for such activism.”

As Evangelical Protestantism and the Christian Right began to rise in the U.S. in the 1980s, significant numbers of Protestants joined the pro-life movement, impacting both the movement’s trajectory and electoral politics.

Munson writes: “The institutional wedding of the Christian Right to a formerly Catholic movement had an enormous impact on the electoral fortunes of the country as well, helping to move the pro-life movement into the center of the Repulican Party while at the same time splintering the traditional Catholic bloc of the Democratic coalition…”

Dynamics within the pro-choice and pro-life movements

The core belief at the center of the pro-choice movement is that a woman’s life is of equal value to a man’s and the ability to make decisions regarding medical care is key to achieving equality, asserts Munson. He writes that the core ideological belief of the pro-life movement is that human life begins at at the moment of conception and that this life, being morally equal to any other human life, is entitled to the same legal protections as another human. Each side rejects the core beliefs of the other side.

Yet, the majority of the general public falls into what activists call the “mushy middle,” taking a more fluid, less black-and-white view the issue. “…the attitudes toward abortion held by most Americans fall somewhere in the middle of these two points of views,” writes Munson. “Surveys of abortion beliefs consistently show that the majority of Americans believe abortion should be legal in some, but not all, circumstances.”

Both sides must contend with the more extreme elements of their groups as well as the “purists” who view any compromise as “selling out,” despite that fact that the majority of the public does not support the core beliefs of either side without caveats. “…the radical flanks of both the pro-choice and pro-life movements have at times hindered their ability to make progress toward their goals,” writes Munson in Abortion Politics. “The dynamics within each movement, then, can be just as important as the conflict between the two movements…”

For example, on the pro-choice side, the “…goal of ‘free abortion on demand, without apology,’ alienates a significant segment of the public and sometimes makes it difficult for the pro-choice movement to achieve more modest goals such as legislation protecting clinic staff and patients from harassment, or taxpayer funding for some abortion services,” writes Munson.

On the pro-life side, violent direct action, such as the bombing of abortion clinics in the the 1970s, 1980s and 1990s, “…tarnished the image of the pro-life movement in the eyes of many Americans,” writes Munson. He also describes how an unwillingness to compromise impacted the trajectory of abortion rights in the early 1980s “…when pro-life forces were unable to agree on the wording of a Human Life Amendment to the Constitution, therby squandering a very real chance at overturning Roe v. Wade and Doe v. Bolton.”

In his book, Munson lays out the basis for different beliefs about abortion, identifying three areas where differing worldviews determine where one might stand on the issue and why: gender, sexuality and identity. When it comes to identity, pro-life and pro-choice attitudes have increasingly signaled identities that line up along partisan lines.

And yet in the 1970s and early 1980s, this partisan alignment was not the case. “If anything,” writes Munson, “Republicans were more supportive of abortion rights than were Democrats until at least 1987.”

The increased partisanship has lined up with an acceleration of polarization in the U.S. Congress since the 1980s, which Munson details in the book, writing that “…the abortion issue has been a critical part of the polarization story…”

“Abortion differs from most social issues in that public attitudes about it are more polarized than ever,” writes Munson. “As the country has moved toward increasing consensus on issues ranging from women’s equality to civil rights for minorities, from gun control to premarital sex, people have become increasingly divided about abortion…”

So, where is the nation headed on this issue? The lesson of Munson’s book is that, when it comes to the abortion, change can be counted on.