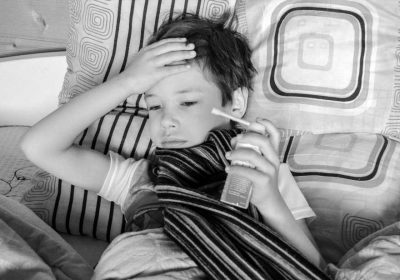 The proportion of children and adolescents prescribed antipsychotics in English general practice doubled from 0.06% to 0.11% between 2000 and 2019, find researchers at The University of Manchester’s Centre for Women’s Mental Health.

The drugs, which have a tranquilizing effect, are frequently used in adults to treat major mental illness, such as schizophrenia.

However, they can be associated with substantial side-effects such as sexual dysfunction, infertility, and weight gain leading to diabetes.

However the study, published in The Lancet Psychiatry, suggests they are prescribed for an increasingly broad range of reasons—the most common being autism.

The team examined primary care records of 7.2 million children and adolescents, aged 3 to 18, registered at selected English General Practices over the period 2000 to 2019.

However, the increasing use of antipsychotics is a cause for concern, argue the researchers, given that their safety in children, who are still rapidly developing, has not been established.

“However, this study will help clinicians to evaluate the prescribing of antipsychotics to children more fully and will encourage them to consider better access to alternatives.”

Senior author, Professor Kathryn Abel from The University of Manchester said, “Antipsychotic medications continue to have a valuable role in the treatment of serious mental illness. These findings represent a descriptive account of antipsychotic prescribing to children and adolescents in the UK today and provide a window onto current practice.

“It is notable, and relevant to the current discourse, that we report inequities in prescribing as a result of deprivation levels; and that the indications for which approvals are available are no longer the commonest reason these medications are being prescribed. Broadening use of antipsychotics in developing young people begs questions about their safety over time and demands more research on this topic.”