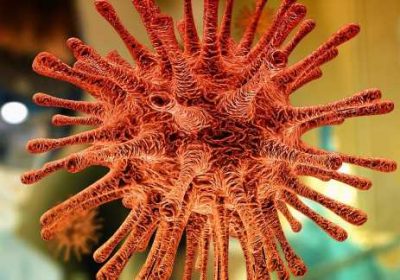 Britain on Tuesday announced a four-month extension to government support for workers temporarily made redundant by the coronavirus outbreak.

Finance minister Rishi Sunak said 7.5 million jobs had already been supported by the furlough scheme, which allows employees to receive 80 percent of their pay up to £2,500 ($3,100, 2,800 euros) a month.

Some 935,000 companies have used government help to retain jobs, claiming more than £10 billion, the Treasury said.

“The job retention scheme will be extended for four months until the end of October,” Sunak told parliament in a statement.

He told MPs there would be “no change” until the end of July but “more flexibility” from August, including the possibility of bringing back part-time workers.

Businesses would also be asked to share the cost of salary support to maintain current levels of assistance.

Sunak’s statement came after speculation that the scheme—part of an unprecedented package of government intervention to support businesses—would be gradually reduced.

But with predictions of a 14 percent slump in GDP this year, and no immediate return for most businesses from lockdown measures, there have been calls for it to be maintained.

A YouGov poll published on Tuesday indicated 72 percent of Britons supported the extension.

The chancellor of the exchequer is expected to provide more details later this month on how government assistance will be reduced over time.

Businesses have separately benefited from more than £14 billion in government loans and loan guarantees to stay afloat during the lack of trading, he added.

The Institute for Fiscal Studies (IFS) think tank said the extension in its full form for the whole of July will cost taxpayers an extra £10 billion, taking the total cost to about £60 billion since it was launched in March.

The scheme has not been without controversy, with reports that some of the country’s richest business owners taking advantage of state support to furlough their staff.

European countries are beginning to reopen their economies after similar stay-at-home measures but Britain has effectively extended its restrictions for several weeks.

Prime Minister Boris Johnson has urged people to continue to work at home if they can but said those in sectors such as manufacturing and construction could return if it is safe.

Facemasks have been recommended in public places, and for people not to take public transport where possible.

Johnson, who has recovered from COVID-19 following a spell in intensive care, has warned that restarting the economy too soon would risk a second spike in infections.

Britain has seen more than 32,000 deaths in the outbreak—the worst in Europe and second only to the United States—although there are indications that the true toll is higher.