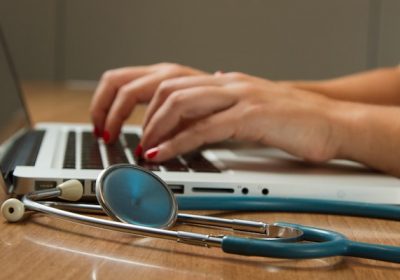 Six telemedicine solutions have been approved for use in the UAE by the Telecommunications Regulatory Authority (TRA), it has been announced.

In a statement released by the country’s official news agency, WAM, the newly-added telehealth providers and facilitators are: NextGen Healthcare, VSee, OKADOC, Doxy.me, GetBEE, as well as Mind Mina Telemedicine*.

The announcement comes as part of the TRA’s “efforts to support hospitals and clinics in providing remote healthcare services”, working with the telecom operators Etisalat and du to provide access on “an exceptional basis on all networks until further notice”.

The UAE has recently been ramping up its use of various technologies to assist in the battle against the novel coronavirus, COVID-19. Earlier this week, the Department of Health and the National Emergency Crisis and Disasters Management Authority’s Weqaya released an app to help track cases.

TraceCovid, which utilises bluetooth to pick up signals from nearby smartphones, helps identify those who may have come into contact with anyone who has tested positive for COVID-19.

In other news, the country also saw the launch of its first ‘CT in a Container’ on Tuesday (21 April). The solution, which features advanced Computed Tomography (CT) equipment by GE Healthcare, helps diagnose viral pneumonia attributable to COVID-19.

Released in association with SEHA and ADI, the fully-insulated, self-contained containers – which were built and assembled in the UAE – are presented in “temporary tactical areas so that those who are suspected of COVID-19 are tested without them having to enter hospital facilities,” GE Healthcare said in a statement. “This, in turn, ensures better infection control and an additional level of protection for frontline healthcare workers in hospitals.”

Each container will allow physicians to complete patient lung screenings in under one minute, and is expected to serve more than 100 visitors a day. Featuring 90% HVAC filtration and UV functional lighting, the containers take approximately 5 minutes to decontaminate between patients, added GE Healthcare. Two have already been launched in Sheikh Khalifa Medical City and Al Ain Hospital, while another two will be delivered to Al Dhafra and Emirates Humanitarian City in the coming weeks.

Fifty-six individuals have lost their lives so far.

Commenting on TraceCovid, Sheikh Abdullah bin Mohammed, chairman of the Department of Health said: “In light of the current uncertain situation, we are keen to bolster our advanced technologies to maintain the health of members of the society rapidly and effectively.

“Through the new application, we will implement a proven tracking system to control the spread of infectious diseases worldwide.”

* Editor’s note: Healthcare IT News was unable to verify the origin of Mind Mina Telemedicine. We have reached out to WAM for clarification.