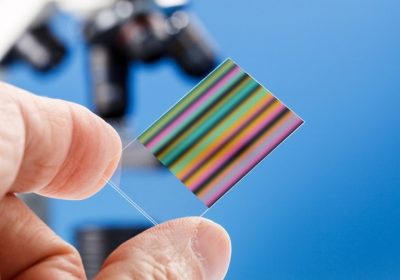 Being the sole member of the discontinuous system, molecules with the CITP technique migrate in definitive zones. These zones can be measured for quantification of sample purposes. The sample is essentially added between two different buffers, one of which has a higher mobility in the separation process and is known as the leading electrolyte.

The second buffer is the slowest component in the entire system, slower than the sample molecules. The lengths of zones are proportional to the concentration of the analytes within them. CITP is particularly great in ultrasensitive mass spectrometry for the discovery of biomarkers in proteomic profiling.

This form of capillary electrophoresis is commonly employed to separate peptides and proteins. The determining factors in this technique are the charge of the protein groups involved and the pH of the solutions. Since the charge is altered with altering pH, this is the basis of the mechanism for separating molecules in the mixture with this technique.

MEKC uses surfactant to form micelles (fat molecules rearranging to form a sphere when in aqueous solution). These micelles are imperative for their polar negativity, which causes a pull towards the positive pole.

The molecules that are hydrophobic (water hating) will tend to aggregate with the micelle, while those that are hydrophilic (water loving) will move fairly quickly through the solution. The key parameters for this technique are pH, surfactant concentration, any additives and the polymer coatings that are used on the capillary wall.

In addition to the electrophoretic mobility of the molecules, CZE is heavily dependent on the application of constant field strength throughout the capillary and on the pH of the buffer solution. CZE is an excellent choice of technique to employ in cases where there are very small pI (isoelectric point) differences in protein isoforms.

CEC and CZE are similar in terms of having a plug-type of flow in comparison to the parabolic flow that is pumped, which increases band broadening.

Like CZE, CGE requires constant field strength and is dependent on the pH of the buffer solution as the particles move through the gel and separate out based on the difference of their size and shape. It is a great choice for macromolecules such as DNA and proteins. Gels are additionally advantageous in reducing solute diffusion and heat transfer.

Dr. Damien Jonas Wilson is a medical doctor from St. Martin in the Carribean. He was awarded his Medical Degree (MD) from the University of Zagreb Teaching Hospital. His training in general medicine and surgery compliments his degree in biomolecular engineering (BASc.Eng.) from Utrecht, the Netherlands. During this degree, he completed a dissertation in the field of oncology at the Harvard Medical School/ Massachusetts General Hospital. Dr. Wilson currently works in the UK as a medical practitioner.