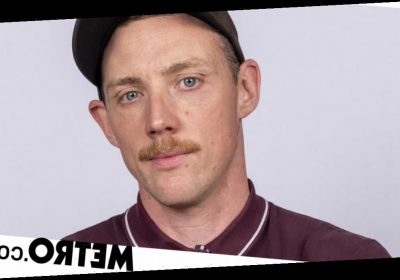 Understanding my body in a sexual way has been something that’s taken time.

I am a transgender man who identifies as queer, and since I began my transition more than 12 years ago, I found I didn’t fit into the boxes outlined in mainstream sexual health information – if I was able to find that sort of information at all.

Anything targeted towards the kind of sex I was having didn’t include people with bodies and identities like mine, and I ended up having to look at sexual health articles published in women’s magazines to try and filter out what information would be useful for me and what was not.

This has been especially unhelpful being who I am now: a man who has sex with men.

I never really noticed just how much of an issue this was until a few years ago, when I started exploring my sexuality and the fetish community. I started to take increased risks with my sexual health, so was going to clinics more often and realised the lack of knowledge and information some clinicians have about trans people and our bodies.

I had a persistent fear that clinicians would regard me as ‘too difficult’ and I feared the inappropriate questions some asked me – others didn’t ask enough. The experience felt unsafe and eventually deterred me from going, hoping I could find any answers I needed through Google instead.

In fact, the first time I contracted an STI I was in denial; I didn’t even know what an STI symptom would look like on a body like mine and I hoped it would clear up by itself. When I was prescribed medication, I didn’t take it straight away.

The continued lack of knowledge and resources around transgender sexual health made me feel like I didn’t matter, that my body was an oddity and that I didn’t deserve good health – all on top of the stigma of having an STI.

And according to a survey by sexual health charity Terrence Higgins Trust, more than half (52%) of trans, non-binary and gender diverse people who responded said they didn’t feel fully in control of their sex life, with more than 70% saying that feelings of negativity and low mood or depression was a factor in this.

Once while I was travelling in Spain, I caught an infection that I believed to be an STI. I spent most of my time at the clinic explaining that I was a trans man, rather than discussing my medical concerns. I was eventually given some sort of prescription and sent on my way.

This was distressing; I was alone in a foreign country and I didn’t know what was wrong with me. But I was grateful not to have had to undergo an intimate examination.

Luckily, back in England I was able to go to a clinic specifically for trans people – Clinic T – and find out what medication the doctor gave me and why, which was really reassuring.

I knew about the clinic as I had been living in Brighton, where it is well known within the trans community as they do a lot of outreach at events like Trans Pride. But being in an LGBTQ+ friendly city with trans-inclusive services put me at an advantage. Unfortunately, it isn’t always like that, and I’ve still been in situations with a clinician not as trans aware as they could be.

I’m used to being the ‘expert patient’ who knows more about my healthcare than the person who’s supposed to be caring for me.

Then you have the professionals who, the minute they hear the word ‘trans’, automatically view you as a curiosity. Sometimes you are viewed as ‘high risk’ merely because your identity has changed on paper, rather than your behaviour in the bedroom. I regularly experienced this when I started my transition, and it made me feel more like a number in a database than a human being.

This seems to be an ever-present experience for trans people. It’s like, if we don’t fit into society’s strict gender categories, then we fall through the gaps and it makes accessing healthcare feel impossible.

Frustratingly, it could all easily be avoided if healthcare professionals actively built up their knowledge on trans bodies. Trans-awareness training would be helpful, or peer-to-peer learning and reading up on trans health from the ever-increasing body of research on trans medical issues.

Trans people should not have to rely on Google searches and outdated sexual health resources – we should be afforded the same information and representation that cisgender people have.

This is why I decided to feature in and co-write the Terrence Higgins Trust trans-specific sexual health resource. It is led by and celebrates us as trans, non-binary and gender diverse people.

The new webpages and leaflet are directed to our specific needs and provide up-to-date information and advice on everything from HIV to contraception. They include the impact of hormones and surgery, considerations when taking HIV-prevention pill PrEP, and how to navigate happy, healthy sex.

It feels empowering to be able to do something proactive about something I care so deeply about. I want trans people to have good sex, good health and a healthcare system with as few barriers as possible.

All trans and non-binary people’s bodies should be celebrated, just like everyone else. We have sex too, and we’re deserving of enjoyable and healthy sex lives.

MORE: As a trans counsellor, I see the horrendous pain my patients go through just to be believed

MORE: When trans people are allowed to be our true selves, we thrive