Toxic shock syndrome isn't a myth – it almost killed me 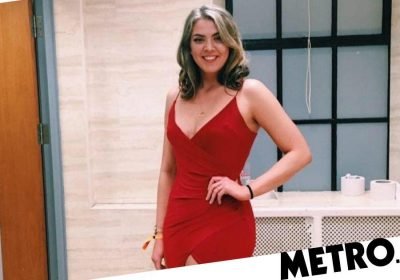 When I tell people I’ve had Toxic Shock Syndrome (TSS), the most common response is ‘I thought that was a myth!’

And while it is relatively rare, when TSS does take hold it is extremely serious and can be fatal.

I was in the library at university when I began feeling nauseous. When it didn’t go away, I headed back to my student halls where I began vomiting, which continued into the next day.

I felt trapped in my body, as I knew I needed help but couldn’t think coherently enough to get it. At some point I remember going for a shower but lacking energy, I lay down on the shower floor and fell asleep.

My recollection becomes less clear at this point as I was becoming seriously dehydrated. Some time during the second day the vomiting gave way to extreme diarrhoea.

That evening my flat mate came in to check on me. She was, luckily, training to be a doctor and knew there was something seriously wrong as my temperature was very high, and I was speaking nonsense.

She rang NHS 24 and the staff told her to take me to A&E – I arrived unable to walk and eventually fell unconscious. Between them, the NHS call handler and my flat mate, they saved my life.

Next I remember, I was in a room surrounded by approximately eight doctors and nurses all shouting with needles inserted in my arms and neck. I remember an excruciating pain in my lower abdomen as a tampon that I put in five to six hours before I started feeling unwell was recovered while the nurse was trying to insert a catheter.

One recollection from the hospital that’s particularly upsetting is one of the doctors trying to explain the severity of the situation to me, as he said ‘Katie, there is a chance you won’t pull through this.’

At this point the doctors still weren’t certain what was wrong with me, but the recovery of the tampon indicated that it might indeed be TSS.

I don’t remember the exact moment that I found out that it was TSS, as there was a lot of speculation about it before it was finally confirmed.

During my time in hospital I would go from hysterical tears to uncontrollable laughter. This was partly due to the morphine, so it’s hard for me to recall exactly how I felt when I found out but I remember being inconsolable when the doctor told me how bad my condition was.

There is a lot of mystery and uncertainty surrounding TSS, I think mainly because most women use tampons and have heard of it, but are unsure of how, and when, it presents itself.

Tampon packets do have some very limited information about the illness, but it is generally quite vague – and being honest, does anyone actually read the information leaflet inside?

TSS is generally a term that is associated with tampon use as it accounts for about half of the TSS cases reported. Menstrual cups can also cause TSS, as every time they are being emptied and reinserted, any bacteria that is on the cup is not being disposed of, but reinserted and given the chance to multiply further.

The symptoms that I experienced were fairly normal for cases of TSS although not everyone’s experiences are the same – flu like symptoms, a sun-burn like rash, dizziness, fainting, breathing difficulty and bright red whites of the eyes, lips and tongue are all potential signs as well.

I was in hospital for almost two weeks and it took me just over a year to recover to full health in which time I experienced side effects including hair-loss, chronic fatigue and losing a layer of skin from my hands and feet called ‘desquamation’. This is a tell tale sign of TSS and occurs a week after initial infection. The desquamation, alongside the toxicology from the recovered tampon allowed the doctors to conclude that it was TSS.

Having TSS once does not give you any protection against getting it again – in fact, the chances of my contracting it for a second time are actually increased. For this reason I always use sanitary towels.

I know that a lot of girls find towels unhygienic or uncomfortable – I was the same before my experience. However, I think the risk of TSS heavily outweighs these small factors, and I would encourage anyone who is reading this to at least try them.

I think there is a lack of education and information available to young women about TSS, and this causes a taboo around it. Tampon packets do have some very limited information about the illness, but it is generally quite vague – and being honest, does anyone actually read the information leaflet inside?

I think that we would benefit heavily from having information about TSS in school during menstruation talks, as well as in public places, such as this.

If there’s anything more I’ve learnt beyond what toxic shock syndrome is, it’s to never have a ‘it won’t be me’ attitude. I had only had the tampon in for between six to eight hours (the uppermost limit recommended on this commonly used brand), when I became ill.

I was stressed with deadlines and had forgotten to change it at the four hour mark, where I would usually. So even though I had not gone over the uppermost time limit, I still became ill!

Although this is a rare condition, it’s important to still be mindful of it, and to take the measures to help protect yourself from contracting it.

What is Toxic Shock Syndrome?

TSS (Toxic Shock Syndrome) is very rare condition caused by toxins getting into the blood stream and releasing dangerous toxins. It can affect anyone of any age but is most frequently associated with tampon use in young women. It can be fatal but it caught early it is treatable with antibiotics.

The causes of TSS

TSS is caused by bacteria called Staphylococcus. It usually lives harmlessly on the surface of the skin and but if it gets into the blood stream it can release toxins that can disturb the function of vital organs.

How to prevent TSS

According to the NHS:
– choose a tampon with the lowest absorbency suitable for your menstrual flow
– swap tampons for a sanitary towel or panty liner during your period
– wash your hands before and after inserting a tampon
– change tampons regularly never insert more than one tampon at a time
– insert a new tampon first thing before going to bed and change it first thing in the morning