Home » Health News » To supercharge your workout with caffeine, less is more

To supercharge your workout with caffeine, less is more 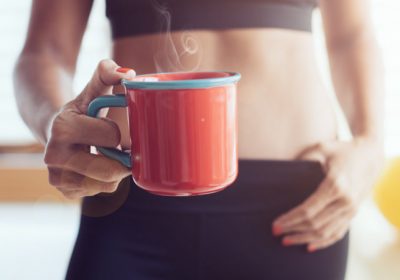 I’m sometimes asked how I motivate myself to exercise early in the mornings, especially winter mornings. The answer: caffeine. Specifically, two pods from my beloved coffee machine, drunk black, chased by a teaspoon of peanut butter. 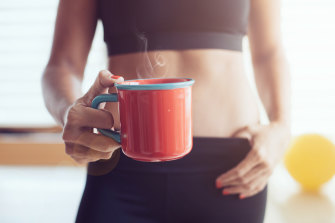 There’s strong evidence that caffeine – regardless of its source – positively impacts a range of sporting domains. Credit:iStock

I don’t need to explain why I lean on caffeine so heavily for my morning workout. You probably rely on it too to boost your cognitive or physical performance – some of the most well-known, studied effects of caffeine.

He explains that regardless of the source of your caffeine – coffee, tea, energy drink or supplement – there’s strong evidence it positively impacts a range of sporting domains: endurance, repeat sprint ability, strength, and perceived rate of exertion, aka “how hard exercise feels”. And it only takes 15-20 minutes for most people to feel the effects.

Wonder drug? Absolutely. But as much as is known about caffeine’s miraculous effect on your workout, there’s much that isn’t known about this substance – particularly how much of it you’re actually consuming, an amount that’s surprisingly hard to work out.

Desbrow, a fellow of Sports Dietitians Australia, explains the optimal dose of caffeine to improve a normal adult’s performance is about 3mg/kg of body weight. “So for a 70-80 kilogram individual, it’s around 200 milligrams of caffeine,” he says. (Less than 400mg/day is generally considered a safe amount for adults.)

His research has shown that espresso brewed by real-world baristas around Australia contains, on average, 100 mg of caffeine per shot. So it seems easy enough to calculate how many coffees you should down before a workout, right?

But identical amounts of caffeine may have very different effects from person to person. And, more significantly, that 100mg average across all espresso shots conceals the huge variability between individual espresso shots. Desbrow’s study showed the caffeine content in each espresso can range from 200mg down to just 25mg. This means the number of espresso shots to improve performance could be one, or it could be eight, Desbrow says: “But I suspect it’s not eight!”

If you favour coffee pods, their caffeine content also varies considerably (my two shots probably add up to a mere 120mg). Iced coffees can carry huge amounts of caffeine, and sugar. It’s better news for aficionados of instant coffee, which has less caffeine overall but in more consistent amounts.

And then there are pre-workout supplements, which typically mix caffeine in with other ingredients that claim to enhance physical performance. Pre-workout is a staple for many gym-goers, but Desbrow warns the amount of caffeine in these products is much higher than in coffee, and doesn’t always match what’s on the nutrition label.

It’s also highly variable – not only between pre-workout brands, but between scoops from the one container. “You can get different levels of caffeine whether you scoop from the top, the middle or the bottom,” says Desbrow. That makes it very hard for gym-goers to predict the size of their caffeine hit, increasing the odds of unwanted side effects, which can include dehydration, anxiety, sleeplessness, diarrhoea, dizziness and headaches.

“These are not great products,” says Desbrow, who’s worked with some of Australia’s sporting elite. “Most of the athletes I work with steer well away from those high doses [of caffeine].”

He argues that it’s only because caffeine is such a long-established part of the human diet that we accept its wild inconsistency and notorious side effects, especially on sleeplessness. “[Imagine] if you went to the pharmacist with a headache, and he said, ‘Here’s some paracetamol, it could be 20mg, it could be 400mg, I’m not too sure,’” he says. “That’s effectively what we’ve got with this food-borne drug.”

Desbrow isn’t anti-caffeine – he drinks a cup of coffee every day, and is enthusiastic about its positive impact on exercise and sports performance. But his studies do suggest we should treat this wonder drug with a bit more caution, particularly given how easily and cheaply it’s acquired.

“If you were to [invent caffeine] as a new drug, and you were to put it out in the marketplace, and it does all these things, there’s no way it would get approved!” he laughs. I’ll admit that chatting with Desbrow briefly makes me wonder if I could get away with adding a third coffee pod, for an optimal boost to my morning workout… but, given the uncertainty about the actual amount of caffeine in each pod, I resolve to stick with my regular two. I’ve downed that amount for years, and it seems to do the job. “You don’t need much for it to be effective,” says Desbrow.

Make the most of your health, relationships, fitness and nutrition with our Live Well newsletter. Get it in your inbox every Monday.

Most Viewed in Lifestyle