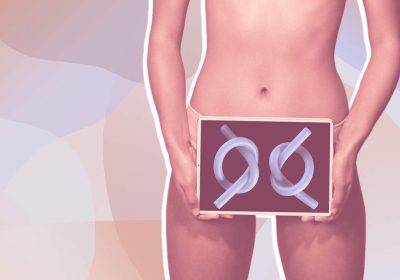 Some teenage girls fantasize about growing up and starting a family. They make lists of their favorite baby names and imagine whether their firstborn will be a girl or a boy. Kelsey Silverstein, on the other hand, was different. At 16, she decided she never wanted to have kids, and nothing could change her mind.

Silverstein, who's from Connecticut, tells Health that she first realized she didn't want children when her parents sent her to a therapeutic boarding school to help her overcome depression. While attending the school, she met kids who had mental health problems because they were raised by overbearing parents, absent parents, and every type of parent in between.

"It was like every different style of parenting made for f—ked up kids," she tells Health. "I started questioning whether I would be capable of raising a child without mental illness."

Silverstein learned what a tubal ligation was at age 18. At her annual ob-gyn exam that year, she ask her doctor if she could get the procedure—which involves having the fallopian tubes cut, tied, or blocked to permanently prevent pregnancy. Her doctor refused. She said Silverstein was too young, and that the procedure was for women in their 30s or 40s who already had children and knew they were finished.

For the next three years, Silverstein asked if she could get a tubal ligation at each annual exam she had until she was 21. But the doctor continued to dismiss her, which made her feel "invalidated," she says. "It was like, yes I could regret it later on, but I would also regret if I accidentally become pregnant. For me, the regret of getting pregnant would have been worse than the regret of getting a surgery I ended up deciding I didn't want."

She went on the birth control pill in the meantime, yet she constantly worried about conceiving. Whenever her period was even slightly late, she would rush out to buy a pregnancy test (which happened often, as she had an irregular cycle). She was terrified by the thought of needing an abortion.

Silverstein became even more certain of her decision not to have children when she met her husband, Mark Donoher, who also didn't want kids.

Then, at 24, Silverstein realized she didn't have much time left on her parents' health insurance plan. She was self-employed, and she knew that whatever insurance she could get for herself wouldn't cover as much as her family's plan did.

She recalls going to her ob-gyn and saying, "Look, this is my timeline. I need to get this done." It was the first time she wasn't going to take no for an answer, she says.

The doctor told Silverstein that she had to bring her husband into the office to give “permission” before she would perform a tubal ligation. She says she was shocked that as an adult woman, she needed her husband’s blessing to make decisions about her body. But she didn't feel that she had any other choice.

She and Donoher went in to talk to the doctor together. During the conversation, the doctor suggested that he just get a vasectomy. But Silverstein wanted control over her body, she says.

The doctor made them agree to adopt if they changed their minds, and though Silverstein says she didn't have plans to adopt a child, she agreed. After getting her husband's permission, showing her doctor a list of pros and cons she had made, and agreeing to adopt, she was finally able to get the tubal ligation. Silverstein says it was a "relief."

She admits recovering from surgery was more painful than she expected, but after about a week, she felt back to normal. Now, three years later, she has no side effects, and perhaps more importantly, no regrets. She says with the uncertain political climate around birth control and abortion right now, she's grateful to be in control of her body.

But her choice hasn't come without criticism. When she showed her doctor her pros and cons list, one of the first things under cons was "shame." Silverstein says many of her friends have been supportive, but she's found people in older generations to be much less understanding. When the topic has come up, many have openly questioned her, letting her know they don't approve.

Still, Silverstein is proud of her decision. She says she looks forward to being an aunt—and she and Donoher started a family their own way: by adopting three dogs.