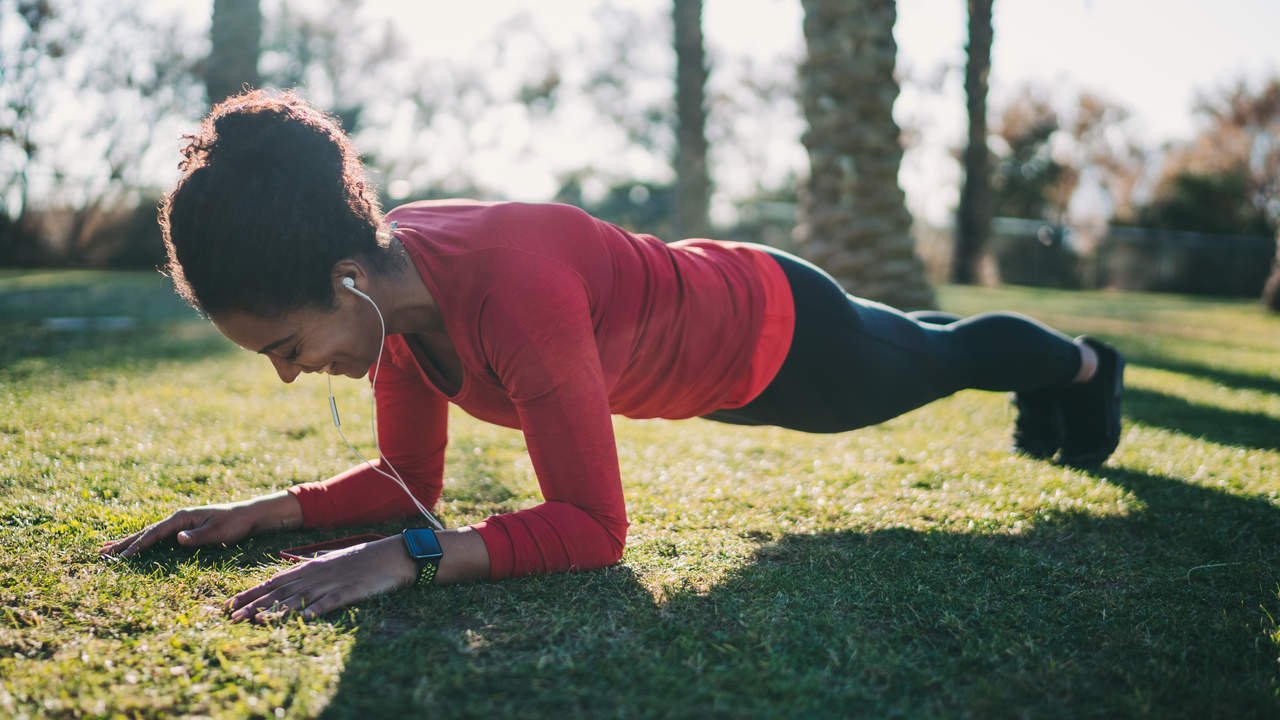 This 30-day challenge is designed to help you progress the amount of time you are able to hold a plank by, yes, holding a standard plank—but also by using other plank-based moves. Switching things up will not only help keep you from getting bored, but it will help you unlock the power in your core. Plus, the circuits will raise your heart rate, get you sweating, and light those abs on fire!

Remember: The plank is a powerful exercise. Strengthening your core muscles can help with everything from stability to helping prevent back pain to sculpting that waistline.

Start in tabletop, with hands underneath shoulders and knees underneath hips. Brace core; lift knees and step feet back so that legs are straight and feet are about hip-width apart. Your body should be in a straight line from head to heels.

From a forearm plank, slowly rock forward on toes until shoulders move past hands. Then slowly push shoulders backward until heels extend beyond toes.

From a forearm plank, slowly rotate both hips as you dip them to the right side until hips are almost touching ground. Raise hips back up, coming briefly into forearm plank, and then rotate hips to the left. Continue alternating.

From a forearm plank, jump feet out to a wide “V”, then jump them back in again. Continue jumping feet in and out.

For combo moves (i.e. plank + rocking plank), take a 10- to 30-second break between exercises. The amount of time will be dictated by your level (beginner, intermediate, or advanced).

For circuits, do all exercises back to back without rest; where there are multiple rounds, take a maximum of 60 seconds of rest between rounds.

Be sure to record your plank time on Day 1 and the bonus Day 31 (don’t worry, the plan officially ends after 30 days!), so you can track your progress.