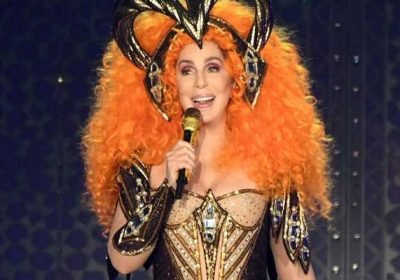 Cher turns 73 this week—and there’s no sign that the Goddess of Pop is slowing down.

Born on May 20, 1946 in California, Cher rose to stardom in her early 20s after Sonny & Cher’s I Got You Babe topped the charts. Several decades later, she continues to sell out solo shows worldwide as one of the most successful entertainment figures of all time.

Now, in 2019, Cher maintains the same vibrant, youthful energy as she did more than 50 years ago when she was an aspiring performer. Her iconic show attire has featured skin-tight leotards, sheer, lacey fabric, and knee-high stilettos—even to this day. The way she moves on stage is nothing less than impressively athletic, and it has left many of us wondering how she does it.

Well, we did some digging to find out all of her diet, skin care, and fitness secrets—and apparently, a five-minute plank is involved. Here’s how Cher looks so young at 73.

She works ‘twice as hard’ in the gym

Walking in 5-inch heels is difficult enough, but imagine strutting around a huge stage in them while singing and dancing at 73. While Cher makes being insanely fit look easy, she works hard to maintain her physique. She told Hello! Magazine that she works out five days per week with a trainer who doesn’t let her “play the age card.”

She admitted to E! Online in 2010, though, that “you have to work twice as hard” and “be in the gym all the time” as you get older. Oh, and did we mention she can hold a five-minute plank?

In 1991, the singer released a book dedicated to her diet and exercise routine, which she says is nothing short of hard work. “I’ve killed myself in the gym to have this body. It isn’t like I have some amazing secret that nobody else has.” Still, Cher also finds some time for fun workouts, like surfing, walking, and yes, even Wii Tennis.

She follows a plant-based, dairy-free diet

It’s not exactly surprising that Cher’s diet doesn’t include greasy bacon or fatty burgers. The Grammy-winner has admitted on Twitter that she avoids ham and red meat. “I don’t like meat and so most of things that I like are healthy for you, apart from desserts.” she told Hello! in 2013.

In her book Cher Forever Fit: The Lifetime Plan for Health, Fitness, and Beauty, the star outlines her strict, low-fat diet. “I try to avoid foods with a high-fat content because they make me sluggish and keep my weight up,” she confirms. “I weaned myself from whole milk to nonfat milk—if I’m having milk at all. I think cheese is one of the worst things for the body. It doesn’t digest well, and most cheeses are too high in fat.”

She admitted to snacking on M&Ms and Goldfish while filming movies, but eventually opted to give up junk for healthier options in between takes.

“Michelle [Pfeiffer] and I found out we could microwave sweet potatoes in four minutes, and that changed our entire lives,” she wrote. “We lived on sweet potatoes, baked potatoes, and Caesar salads.”

Brown rice, legumes, vegetables, pasta, and fruit are also on the menu, according to her book. “Pastas give me a lot of energy, and so do fruits like bananas, papaya, and nectarines, because they have a lot of sugar but it isn’t refined.”

She avoids smoking and alcohol

In addition to increasing your risk of various cancers, smoking has also been linked to heart disease and weight gain. Luckily, Cher quit the old habit.

“Being healthy has always been part of my life. It just works for me,” she told Closer in 2013. “There are things I don’t like that are unhealthy, like drugs and drinking, so I never got into them to begin with. I smoked cigarettes for a while and I’d have done drugs had I liked them, but they didn’t agree with me.”

She also passes on the happy hour invites. “I’ll only drink three or four times a year, too.”

She takes care of her skin

Cher’s favourite skin care brands? “I have a friend, her name is Dr. Barbara Sturm, and she makes an eye cream and face wash that I love. I love Jan Marini products too. I also have Proactiv products that I love,” she told People.

She also pointed out that she doesn’t exactly have a strict skincare routine. “My skincare routine is very eclectic. I don’t stick to one particular product, I just have things that I love from different people.”

This article originally appeared on Prevention US.