The rise of ‘iPhone hand’: Doctors reveal surge in people in pain 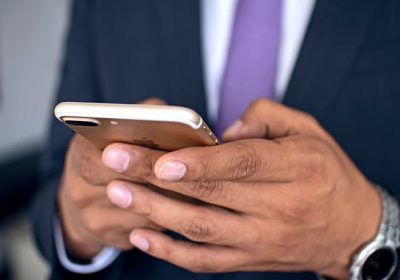 The rise of ‘iPhone hand’: Doctors reveal surge in people blighted by pain and weakness in their hands because they don’t use their thumbs enough

Doctors have warned our obsession with checking our smartphones could lead to an epidemic of ‘iPhone hands’.

More and more patients are reportedly developing ‘iPhone tendonitis’ as swapping writing for touchscreens causes pain to develop at the base of our thumbs.

People’s thumbs are becoming less muscular as our need for grip strength reduces because tapping screens is replacing gripping pencils, the researchers claim.

Scientists from the University of Malaga even questioned whether the demise of pens could eventually leave our thumbs redundant.

And if we then evolve a new hand shape, humans could have a ‘reduction in brain function’, which has occurred in other primates, they said. 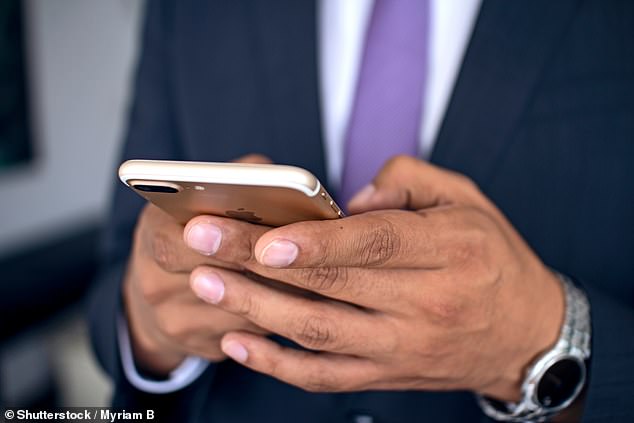 Professor Raquel Cantero, a physical therapist, said: ‘Atrophied [wasted away] thumbs are more and more frequent in our practice; in fact, we already talk about the i-Phone tendonitis.’

The scientists warned our habit for texting, emailing and downloading apps causes the joints in our hands to become inflamed.

‘In this age of handheld electronic gadgets, for many individuals the thumb is repeatedly used to text on smartphones countless times per day,’ they wrote in the journal Reumatismo.

‘Adults using mobile phones punch out numbers with their thumbs and develop synovitis in their carpometacarpal joint.’

Tendonitis is the inflammation or irritation of a tendon, which attaches muscle to bone.

It is most commonly affects the shoulders, elbows, wrists, knees and heels.

Symptoms tend to occur at the point the tendon attaches to the bone.

Tendonitis can be caused by a sudden injury or a repeated movement over time that puts stress on the tendons.

The risk is higher in older people, as well as those who play sports or have a job that requires them to make repetitive, awkward movements.

Physical therapy can also help to strengthen the affected tendon.

While at home, sufferers should try RICE:

Rest to ensure the tissue heals

Compression via a wrap or bandage

Elevating an affected knee above the heart reduces swelling

Without proper treatment tendonitis can increase a person’s risk of tendon rupture, which requires surgery.

And if it persists, tendonitis can develop, which causes degenerative changes to the tendon.

Tendonitis can be prevented by  stretching after exercise, trying different types of activities to stay fit and resting when necessary.

The base of each finger is formed by five carpometacarpal joints which could be affected.

The scientists worry the wide use of touchscreens, even in schools, means less of us are forming a pinch grip with our hands.

And with writing becoming increasingly rare, we could eventually ‘lose’ our thumbs.

‘Look at what happened in primates’ brain when they came down from trees and their brain structure changed as they began to use their hands to carry out different functions,’ Professor Cantero said.

‘We wonder if the passage of time will not be such a milestone nowadays due to this change in the use of the thumb, the key finger involved in the pressure and functionality of the human hand.’

Experts even worry our evolving hand shapes could influence our brain.

‘Does the hand shape our brain activity?,’ the researchers wrote.

‘Is there a correlation between hand wear and brain activity as shown by brain mapping?’

They cite how orthopaedic disorders, such as arthritis, ‘reduce our motor repertoire’.

This has been linked to a change in brain activity when a patient attempts to move their hand.

Repeatedly touching the hands of non-human primates has also been shown to change the activity in their primary somatosensory cortex.

This area of the brain controls the sensation of touch, temperature and spatial positioning.

‘That the evolution of the human hand has given our species the opportunity to evolve into more complex activities and societies is a fact,’ the researchers wrote.

‘In other words, by freeing us from hand use, is technology going to reduce our brain functions? Only time and science will answer this question.’