Testing the fluorescent proteins that light up the brain 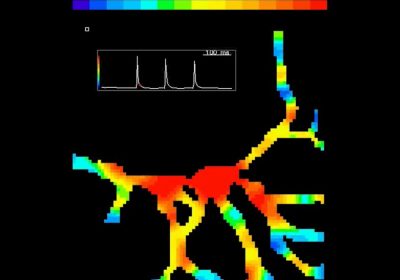 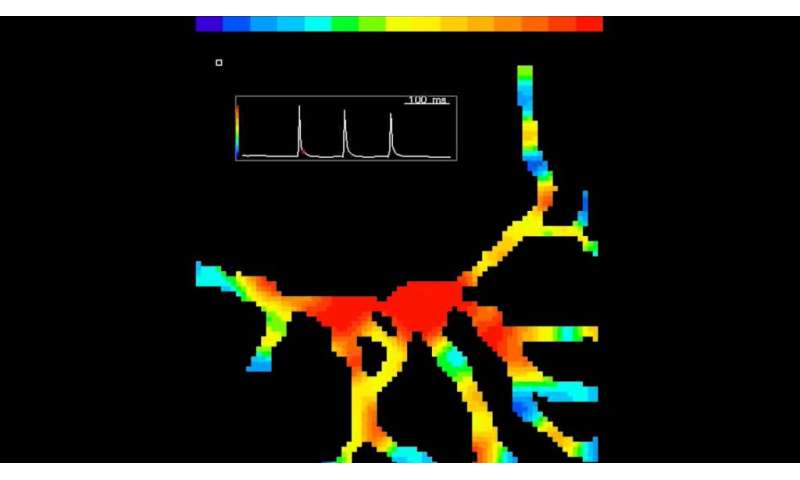 Neurons are cells in your brain. Shaped like little stars, they flicker and fire off signals to each other. The signals travel up and down the long tendrils, called dendrites, extending out from each point of a neuron’s star-shaped body. Chained into circuits like Christmas lights, neurons’ electrical firing forms the glimmers of our thoughts and actions.

But the process by which an individual neuron decides to fire is not completely understood. Every neuron can receive signals from other brain cells through its dendrites. Some of these excite the neuron, pushing it closer to firing, while others calm it down. A dendrite can add up all the signals it receives, both calming and exciting, and pass the sum on to the cell body of its neuron. The neuron then adds up all the signals from its dendrites and uses that sum to decide whether or not to fire. That’s the process that researchers still don’t entirely understand. To research it, neuroscientists need methods for monitoring electrical signals in the thin dendritic branches. This video shows a new method using light to explore electrical signals in different compartments of a neuron simultaneously. The intensity of the light reveals the voltage in that section of the neuron:

The video shows three consecutive voltage waves (from three nerve impulses) spreading from a neuron’s cell body into its dendrites. The colors represent light intensity. The light intensity is proportional to the voltage on the surface of the neuron;  black is the minimal intensity on this scale, and red is maximal intensity.

To track all those electrical signals, neuroscientists used to have to wire up tiny electrodes to thin dendritic branches. But that method is cumbersome and difficult.

More recently, neuroscientists have begun creating fluorescent proteins that make the neuron light up when it receives an electrical signal. That’s what’s being shown in the video. These genetically encoded voltage indicators (GEVIs), have potential to improve our ability to record voltages in neurons. This is what the glow looks like from many neurons fluorescing at the same time:

UConn School of Medicine neuroscientist Srdjan Antic and his colleagues noticed that many GEVIs have been invented, but few people use them. So they obtained as many GEVIs as possible and tested them in three separate ways, and reported the results in eNeuro on 08 September 2020.

First they tested the GEVIs in neurons cultured in a dish. They were able to detect single nerve impulses optically, but the cultured neurons were too variable to be used for systematic comparisons between the GEVIs.

So then they tested the GEVIs in non-neurons, cells called HEK293 cells. These cells are big, grow well in a dish, and were uniform enough to compare GEVIs:

Finally, the Antic lab expressed the GEVIs in animal brains and compared how various GEVIs did in groups of cells.