TAVR Now Used in Almost 50% of Younger Severe AS Patients 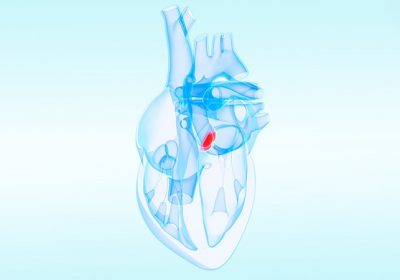 The 2020 American Heart Association/American College of Cardiology (AHA/ACC) valve guideline recommends SAVR for patients younger than 65 with severe aortic stenosis, the researchers note, but their study showed “near equal utilization between TAVR and SAVR in these younger patients by 2021,” at 48% and 52% respectively.

Toishi Sharma, MD, and colleagues presented these findings in an oral poster session at Transcatheter Cardiovascular Therapeutics 2022, and the study was simultaneously published today as a Research Letter in the Journal of the American College of Cardiology (JACC).

“To our knowledge, the current findings represent the first national temporal trends study stratifying [aortic stenosis] therapies according to guideline-recommended age groups: our observations demonstrate the dramatic growth of TAVR in all age groups, including young patients,” the researchers conclude.

They analyzed changes in rates of TAVR and SAVR in a US sample stratified by age: younger than 65 years, 65 to 80, and older than 80 years.

These findings have implications for lifetime management of younger patients who undergo TAVR, they write, “including issues related to lifetime coronary access, valve durability and the potential for subsequent TAVR procedures over time.”

In a study published in June in JACC, this group examined changes in uptake of TAVR vs SAVR in 4161 patients with aortic stenosis in Vermont, New Hampshire, and Maine, senior author Harold L. Dauerman, MD, told theheart.org | Medscape Cardiology in an interview.

The greatest rate of rise of TAVR was in the group younger than 65, but that study ended in 2019, said Dauerman, from the University of Vermont Health Network, Burlington.

The 2020 guideline stratifies TAVR and SAVR recommendations such that “less than 65 should primarily be a surgical approach and greater than 80 primarily a TAVR approach, while 65 to 80 is a gray zone, and shared decision-making becomes important,” he noted.

The group hypothesized that recent trials and technology have led to a national increase in TAVR in people younger than 65.

From the Vizient clinical database, including more than 250 US academic centers that perform both TAVR and SAVR, the researchers identified 142,953 patients who underwent TAVR or SAVR for isolated aortic stenosis from October 1, 2015, to December 31, 2021. From 2015 to 2021, the valve replacement rates in the three age groups changed as follows:

“All ages have grown in the last 7 years in TAVR,” Dauerman summarized. “The one that’s surprising, and in contradiction to the guideline, is the growth of TAVR in young patients less than 65.”

Among patients younger than 65, prior bypass surgery and congestive heart failure predicted the use of TAVR instead of surgery, whereas bicuspid aortic valve disease was the biggest predictor of surgery instead of TAVR.

Most studies on TAVR valve durability are limited to patients in the randomized trials who were primarily in their mid-70s to mid-80s, some of whom died before a 10-year follow-up, Dauerman noted.

European guidelines recommend surgery for patients younger than 70, and it would be interesting to see if clinicians there follow this recommendation or if TAVR is now the preferred approach, he added.

There is a need for further, longer study of TAVR in younger patients, he said, to determine whether there are long-term clinical issues of concern.

Strategy Depends on More Than Age

The “findings are not too surprising,” John Carroll, MD, who was not involved in this research, told theheart.org | Medscape Cardiology in an email.

“Age is only one of multiple patient characteristics that enter into consideration of TAVR vs SAVR,” said Carroll, from Anschutz Medical Campus, University of Colorado, Aurora.

“As the article reports,” he noted, “those less than 65 having TAVR are more likely to have comorbid conditions that likely made the risk of SAVR higher.”

Carroll was lead author of a review article published in 2020 based on data from the ACC–Society of Thoracic Surgeons (STS)–Transcatheter Valve Therapy (TVT) registry on 276,316 patients who had TAVR in the United States from 2011-2019.

He pointed out that Figure 2 in that review shows that “SAVR is often performed in conjunction with other surgical procedures — another major reason why SAVR remains an important treatment for valvular heart disease.”

“We are awaiting long-term data comparing TAVR to SAVR durability,” Carroll added, echoing Dauerman. “So far [there are] no major differences but it remains a key need to fully understand TAVR and the various models in commercial use.”

“Both TAVR and SAVR used in adults are tissue valves (SAVR with mechanical valves is used in younger patients),” Carroll noted, “and all tissue valves will eventually fail if the patient lives long enough.”

“On the other hand,” he continued, “we are just beginning to see more and more patients with failing TAVR valves and the TAVR-in-TAVR procedure is less well understood.”

“Issues such as acute coronary occlusion and long-term difficulty in accessing coronary arteries are being encountered in some patients having TAVR-in-TAVR,” Carroll noted, which he discusses in a recent editorial he co-authored, about the complexities of redo TAVR, published last month in JACC: Cardiovascular Interventions.

The study received no funding. Dauerman has research grants and is a consultant for Medtronic and Boston Scientific. Carroll is a local principal investigator in trials sponsored by Medtronic, Abbott, and Edwards Lifesciences.