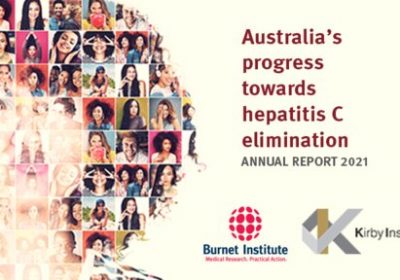 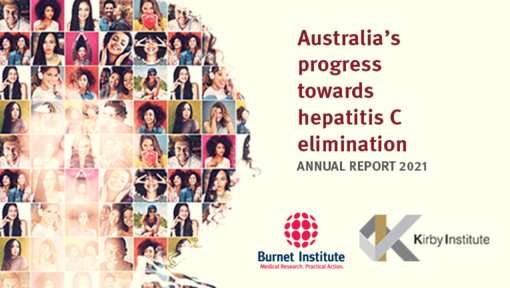 A new national report released today highlights a decline in hepatitis C testing and treatment uptake, putting Australia at risk of not achieving its target of eliminating hepatitis C as a public health threat by 2030.

The report “Australia’s progress towards hepatitis C elimination–Annual Report 2021′ notes an ongoing decline in testing in 2020 for both hepatitis C antibody and RNA testing used to detect infections.

The same trend has been observed for the uptake of direct-acting antiviral (DAA) treatment for hepatitis C, with 2020 the first year since the DAA program commenced where less than 10,000 people were treated. Critically, COVID-19 is also likely to be impacting on both testing and treatment uptake.

Since DAA treatment was introduced in 2016, close to 50 percent of people with chronic hepatitis C infection at that time have been treated. However nearly 120,000 Australians living with hepatitis C still need treatment. There is an urgent need to engage with this group who have not accessed treatments and some of whom may not know they have the infection.

Burnet Deputy Director and one of the report’s co-authors Professor Margaret Hellard AM said: “Australia has an opportunity to eliminate a deadly virus. The focus now is on getting 120,000 people who live with hepatitis C on treatments which are highly effective, well-tolerated and easily accessible.”

“This includes simplifying access to treatment, addressing stigma and discrimination and working with peer workers who can better reach priority groups.”

The report’s findings highlight the need for immediate and sustained investment in community, education and clinical programs to increase hepatitis C awareness, testing and treatment. Of note, impact and cost-effectiveness modeling outlined in the report shows such investment would be highly cost-effective in the long-term.

Australia could be one of the first countries in the world to eliminate hepatitis C, however, the report suggests more needs to be done to meet this goal.

The further testing and treatment scale-up required to reach hepatitis C elimination targets between now and 2030 would avert an additional 10,000 new infections. This will increase the net economic benefit at 2030 by a further AUD$272 million.

Scientia Professor Gregory Dore, Kirby program head–viral hepatitis clinical research, and report co-author, said, “The next few years will be crucial for hepatitis C elimination efforts in Australia. It is absolutely vital major efforts are made to diagnose the undiagnosed and link all people living with hepatitis C to treatment and care services.”

“Australia has an enormous opportunity to continue to be internationally-leading in its hepatitis C response,” Professor Dore said.

“Centring people impacted by hepatitis C will be critical to this achievement. A comprehensive response is needed including prevention, harm reduction, testing, diagnosis, treatment and post-cure support,” Ms Fowlie said.