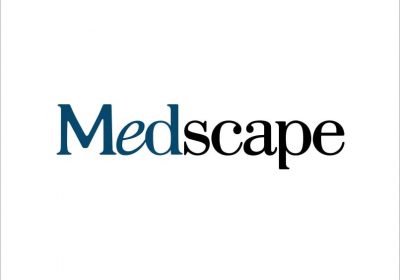 NEW YORK (Reuters Health) – Electroconvulsive therapy (ECT) is associated with lower risk of death over one year, as well as short-lived protective effects on suicide risk, in older adults hospitalized with a mood disorder, according to results of an observational study.

“ECT is not a panacea, but when used appropriately and safely, it may be effective in reducing suicidality in adults with severe depression or those with high-risk of suicide, first author Dr. Taeho Greg Rhee, with UConn Health School of Medicine in Farmington and Yale School of Medicine in New Haven, Connecticut, told Reuters Health by email.

Using Medicare records, the study team identified 10,460 people who had received inpatient ECT treatment for major depression or other psychiatric disorder between 2011 and 2015. They matched them with 31,160 controls of similar age, gender, psychiatric diagnosis and other medical conditions who had not received ECT.

Compared with the control group, the ECT group had lower all-cause mortality for up to one year following hospital discharge (adjusted hazard ratio, 0.61; 95% confidence interval, 0.56 to 0.66), according to the American Journal of Psychiatry report.

ECT also provided significant protection against death by suicide in the first months following treatment, but the protection waned over time, with hazard ratios of 0.44 at one month, 0.52 at two months, 0.56 at three months, 0.87 at six months and 0.92 at 12 months. By six months, the risk reduction was no longer statistically significant.

The observation that the antidepressant effects of ECT wear off with time in is in line with the traditional understanding of the treatment course of ECT, “where a large portion of ECT patients relapse after six months without a continuation treatment,” the researchers say.

Despite mixed results from prior studies evaluating the effects of ECT on suicide risk, treatment guidelines from American Psychiatric Association (APA) recommend ECT for patients with acute suicidal ideation, they note.

Overall, they say their results add to a “growing body of research suggesting a positive effect of ECT from a population health perspective. Future efforts should focus on ways to ensure broader implementation of this treatment and to improve the maintenance therapy of severely ill patients who receive ECT.”

In addition, Dr. Rhee told Reuters Health the benefits of ECT in severe mood disorders “needs further validation across different population groups (e.g., those with Medicaid beneficiaries or younger adult groups). Also, we need to better understand if ECT improves functional outcomes (e.g., cognitive status or memory decline) even before reducing mortality. This is one of the research areas that we will address in the future.”

This research was funded by grants from the National Institute of Mental Health and the American Foundation for Suicide Prevention. The authors have no conflicts of interest.