Study: Walking 10,000 steps not a 'magical formula' for weight loss 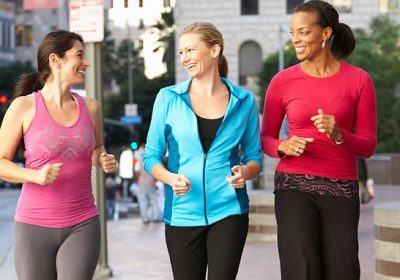 Walking 10,000 steps a day is not a ‘magical formula’ for staying thin, researchers warn

Walking 10,000 steps a day is not a ‘magical formula’ for staying thin, a study suggests.

The NHS recommends the daily step count, which has been hailed as the perfect amount for shedding pounds.

But US researchers found that no amount of walking is enough to prevent weight gain by itself.

While walking is an efficient way to burn energy, the amount of calories a person eats each day ultimately decides if the scales go up or down, experts say.

Walking 10,000 steps only burns around 500 calories – the equivalent of a large McDonald’s fries. 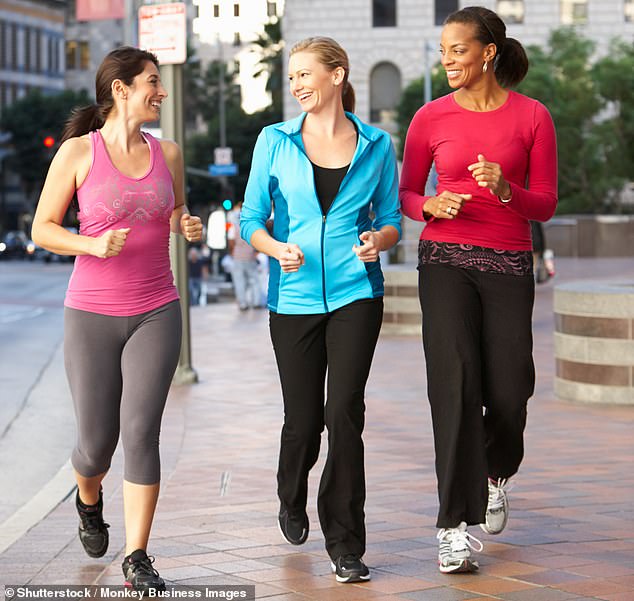 But experts still recommend striving for a high daily step count because it keeps people active and has mental health benefits.

Scientists from Brigham Young University in Utah studied 120 students during their first six months at university.

Scientists tracked the amount of calories they consumed and their weight on a weekly basis.

Students gained on average about 1.5kg over the study period and even those who walked more than 15,000 steps put on weight.

A one to four kilogramme average weight gain is commonly observed during the first academic year of college, according to earlier studies, they said.

Lead author Bruce Bailey, professor of exercise science at BYU, said: ‘Exercise alone is not always the most effective way to lose weight.

‘If you track steps, it might have a benefit in increasing physical activity, but our study showed it won’t translate into maintaining weight or preventing weight gain.

‘The biggest benefit of step recommendations is getting people out of a sedentary lifestyle.

‘Even though it won’t prevent weight gain on its own, more steps is always better for you.’

The researchers noted the study, published in in the Journal of Obesity was limited because first-year university students typically gain one to four kilograms during their first academic year.

For many, it is the first time they have to cook for themselves and live away from their parents. They typically drink alcohol and eat takeaways more often.

HOW MANY CALORIES DO I NEED EACH DAY?

The basic amount of calories an average adult needs per day is 2,000kcal for women or 2,500kcal for men.

This is based on the amount of energy the body needs to carry out basic functions and to walk and work throughout the day.

People who exercise a lot need to eat more calories to fuel their efforts, and young people and children burn more energy, too.

If you eat more calories than you burn in a day, you will get fatter.

Eating fewer calories than you burn will make you lose weight.

Foods which are processed and have high levels of carbohydrate, sugar and salt have higher calorie numbers than fresh fruit and vegetables.