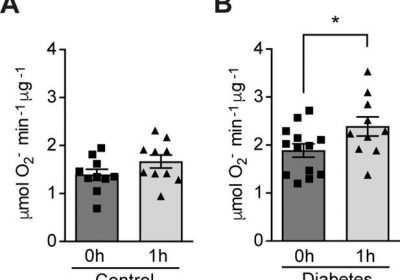 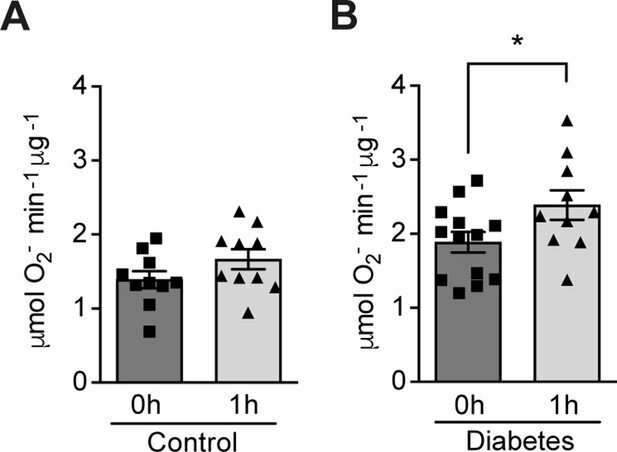 A new study from Karolinska Institutet sheds new light on how diabetes causes tissue damage when oxygen levels drop, and point to the repression of a protein complex as a possible treatment target for diabetes complications. The findings are published in the journal eLife.

Diabetes is a serious condition that causes the blood sugar level to become too high. In patients with diabetes, the overproduction of cellular reactive oxygen species (ROS)—highly reactive chemicals formed from oxygen—can lead to severe tissue damage. The new study suggests that the repression of a protein complex called hypoxia-inducible factor-1 (HIF-1) contributes to this overproduction of ROS, and may therefore be an attractive therapeutic target.

“Hypoxia, a condition where oxygen levels drop in our tissues, has also recently been identified as a harmful player in diabetes,” explains Xiao-Wei Zheng, senior lab manager at the Department of Molecular Medicine and Surgery at Karolinska Institutet, and a co-first author of the study alongside Sampath Narayanan and Cheng Xu, also from Karolinska Institutet. “In our study, we wanted to examine the connections between HIF-1, hypoxia and the overproduction of cellular ROS in diabetes.”

The researchers recruited 13 non-smoking volunteers with type 1 diabetes and 11 healthy volunteers. They exposed the participants to mild and intermittent hypoxia five times, in total for one hour. They took blood samples from the participants before and immediately after exposure to hypoxia, and analyzed the changes in their ROS levels. The results showed that hypoxia led to increased ROS levels in the volunteers with diabetes, while those without the condition were unaffected.

As hypoxia increases cellular ROS levels in diabetes, and HIF-1 helps cells to respond to hypoxia, the team hypothesized that repressing HIF-1 would contribute to the overproduction of ROS. To test this, they analyzed the relation between HIF-1, glucose levels, and ROS production and its functional consequences, in cells taken from mouse kidneys and directly in the kidneys of mouse models of diabetes. They found that high glucose levels repressed HIF-1 both in hypoxic cells and in the mouse kidneys through a mechanism that relied on enzymes called HIF prolyl-hydroxylases (PHDs). This repression of HIF-1 contributed in turn to the excess production of ROS.

Finally, the team demonstrated that restoring HIF-1 function in the mice reduced the overproduction of ROS in their tissue cells and protected the animals’ kidneys against cell death and injury.