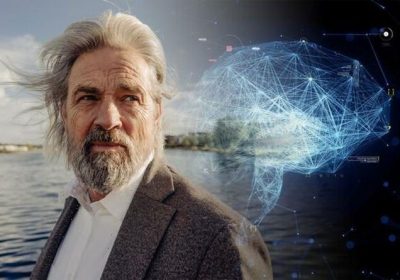 Stroke Association Campaign about mini-stroke: Not just a funny turn

There are two “subtle” but “significant” warning signs of a stroke, often missed, as pointed out by leading research. As such, there can be a dangerous delay in treatment. “Many patients wait to see if symptoms improve or disappear,” said the study’s lead author Doctor René Handschu. However, people experiencing signs of stroke, such as dizziness or numbness, are less likely to call for emergency services than more obvious symptoms.

“From the patient’s point of view, numbness of one limb or even dizziness and nausea is not so bad that you will bother all your neighbours by calling an ambulance with lights and sirens,” said Doctor Handschu.

Yet timing is critical in stroke care, as clot-busting medication can restore blood flow to the brain and reduce disability.

Doctor Handschu is convinced that “the vast majority of acute stroke patients do not receive effective treatment in time”.

This is “because there is a prolonged time between [the] onset of first symptoms and first attempts of seeking medical attention”.

For the study, the research team analysed 141 emergency service calls whereby the patients were admitted to a German hospital’s stroke unit within a year.

On average, the patients were around 65 years of age, with differing symptoms.

In 21.2 percent of cases, a fall was the reason for the call to the emergency services.

Only 19.8 percent of callers mentioned stroke or transient ischaemic attack (TIA), a mini stroke, as the possible cause of the health issue.

“The infrequent use of the phrase ‘stroke’ in calls to dispatchers is a hint for insufficient knowledge about stroke symptoms in the population of our study area,” said Doctor Handschu.

In this study, the average time between the onset of symptoms and calls to the emergency services was 38 minutes.

The NHS urges anybody suspecting themselves or someone else of having a stroke to “phone 999 immediately and ask for an ambulance”.

The health body added: “Even if the symptoms disappear while you’re waiting for the ambulance, it’s still important to go to hospital for an assessment.”

Symptoms of a stroke will be dependent on the area of the brain affected and the extent of the damage.

Main stroke symptoms can be remembered with the acronym FAST:

A stroke can also lead to a complete paralysis of one side of the body.

The brain attack might also lead to a sudden loss or blurring of vision, confusion, difficulty understanding what others are saying, and coordination issues.