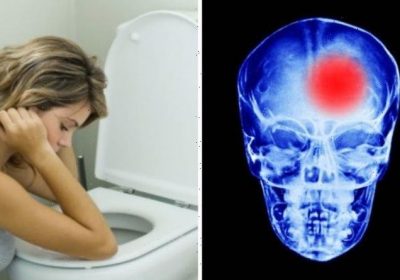 Strokes can manifest slightly differently in men and women and women are more likely to suffer from a stroke. If you or someone else is having a stroke, the best thing you can do is get medical attention right away. That’s why it’s so important to know what a stroke looks like in both men and women. Express.co.uk reveals the three extra stroke symptoms women can experience.

Stroke is the leading cause of death in the UK – one happens every five minutes, amounting to 100,000 strokes every year.

The sooner a person receives treatment for a stroke the less permanent damage can be done and the less likely they are to die.

While men and women generally experience the same symptoms of stroke in the face, arms and speech, women experience a few extra symptoms.

Women are often more at risk of a stroke due to the contraceptive pill, pregnancy and an increased likelihood of migraines.

On top of this, women tend to live longer than men so they have more chances of having a stroke in their lifetime.

Women are also more likely to die of a stroke because they tend to have strokes at an older age than men.

According to the American Stroke Association, men and women who have strokes often feel similar symptoms of stroke, such as face drooping, arm weakness and speech difficulty.

Both men and women can also have problems seeing out of one or both eyes and balance or coordination problems.

However, stroke tends to be more subtle in women and women can often ignore the warning signs.

The American Stroke Association website warns: “Some signs of stroke in women can be subtle enough to be missed or brushed off.

“That can lead to delays in getting time-sensitive, life-saving treatments.”

However, it has been noted that women can also experience the following three symptoms:

Women can have the same types of stroke as men, caused by a clot or a bleed in the brain.

But, as the Stroke Association points out, there is another rare type of stroke which is more common in women, known as cerebral venous thrombosis (CVT).

CVT occurs when a blood clot forms between the brain and the skull, blocking blood from draining out of the drain.

The symptoms of CVT might come on more gradually than a typical stroke, but it’s still important to get medical help as soon as possible.

The UK Stroke Association site lists the following as signs of CVT: