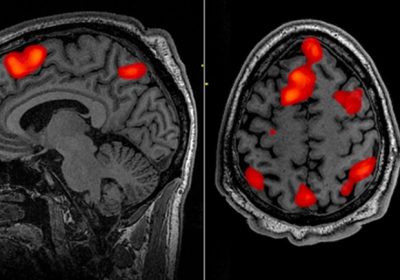 A new Baycrest study reports that older adults store too much information in their brains, leading them to have "cluttered" memories. As a result of these cluttered memories, they have more trouble remembering specific and detailed information compared to younger adults.

These results may explain why wisdom and knowledge continue to grow as we age, even as memory declines."

To function in our day-to-day lives, we constantly need to suppress – or inhibit – information that is not relevant to whatever task we are doing. For example, when driving, we need to be able to focus on the road and not the music on the radio. Research from Dr. Hasher's lab has shown that this inhibition becomes less efficient in older adulthood, resulting in a "flood" of information for older adults and a consequent impairment in memory.

"When older adults try to remember one particular detail, they experience more difficulty because that one detail has become connected to all sorts of other details in their mind, and they need to filter through them all. For example, imagine you know five people named John, and you're trying to remember one specific John's last name. You will find this more difficult than if you only know one person named John. That is similar to what happens when older adults try to recall specific details," explains Dr. Hasher.

This study, published in the journal Trends in Cognitive Sciences, reviewed over 20 years' worth of research from Dr. Hasher's lab and related work examining older adults' memory, including both behavioural and neuroimaging studies.

In some behavioural studies, older adults and younger adults were shown pictures with words on top of them. These words were distractions. They were first told to ignore the distracting words and to indicate whether the next picture they saw was the same as the previous one. Later, they were tested on the words they had been told to ignore. For example, if the word "hydrogen" had earlier appeared on top of an image as a distraction, the participants could later be asked, "What is the most abundant element in the sun?"

Older adults performed better when the answer to the question was a word on top of a picture in the first task. That is, they used the distraction to help them solve the problem. For younger adults, there was no such effect. It was as if the distraction was never there at all.

Neuroimaging findings are similar. In one study reviewed in this article, older and younger adults were shown images from two different categories (for example, faces and landscapes), and after the images disappeared, were told to remember only one of the categories. As the participants remembered the images, researchers measured their brain activity to determine which image categories were being held in mind.

"Brain activity revealed that, unlike younger adults, older adults remembered both relevant and irrelevant image categories," says lead author Dr. Tarek Amer, a postdoctoral fellow at Columbia and Harvard University, and former graduate student in Dr. Hasher's lab. "This suggests that the older adults were remembering these images when they were supposed to be ignoring them, supporting the idea that older adults process and store too much information."

While having more cluttered memories leads older adults to have more trouble remembering specific details, it also has some benefits. Besides having more general knowledge and wisdom, older adults may also better utilize their prior knowledge and distractions in their environment for decision-making purposes and in creative tasks.

"In research labs, we tend to focus on precision of memory, but in real life, precision hardly matters. As researchers, we may be overestimating the disadvantage that older adults have with their memory and underestimating the advantages," says Dr. Hasher.

Still, for older adults who would like to improve their memory for specific details, it may be possible to develop memory programs that use distractions in their favor.