Some COVID-19 patients need rehab to walk, talk and problem-solve 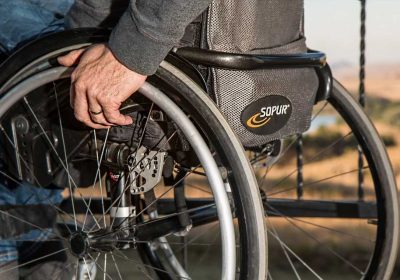 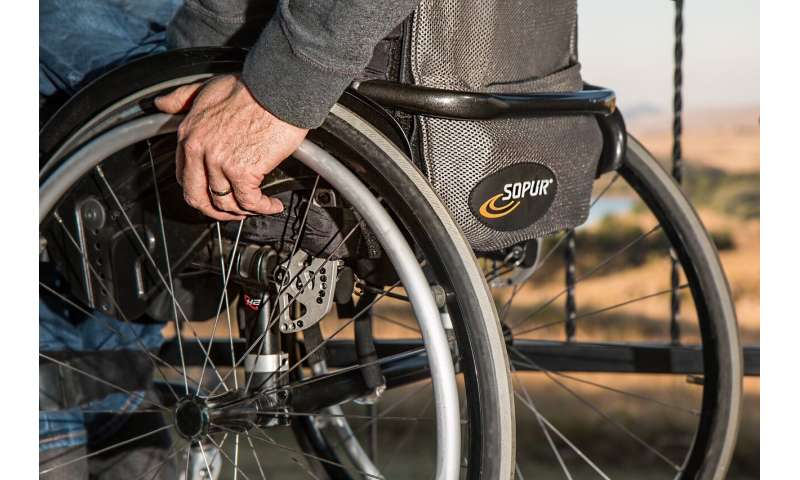 Only Webler’s eyes were visible from behind a mask, face shield and goggles. She asked Quinn to place a white plastic straw in his mouth, then suggested he sing “Happy Birthday” through it—an exercise meant to help him stretch and relax his vocal cords.

Instead, Quinn began singing the Rolling Stones’ “You Can’t Always Get What You Want.” Webler laughed and urged him on.

It was a moment of levity in an otherwise difficult six-week-long journey for Quinn, a renowned Chicago documentary filmmaker—known for movies such as “Hoop Dreams”—who came down with COVID-19 in March. Quinn, 77, spent about a month at Northwestern Memorial Hospital, including nearly two weeks on a ventilator. He was so sick, at one point, that he told his doctors he’d rather obtain a do-not-resuscitate order than be placed on a ventilator again.

By mid-April, he was well enough to leave the hospital, but he still couldn’t walk very far on his own. He couldn’t control his fingers well enough to type the pass code into his cellphone. He had trouble swallowing and speaking. So, instead of going home, he went to the Shirley Ryan AbilityLab, a rehabilitation hospital in Chicago.

“When you’re that sick, the question is are you going to live or die,” Quinn said. “Once you start rehab, the whole mindset changes because rehab is about getting your strength back, getting back into the world.”

Quinn, like many severely ill COVID-19 patients, found that surviving the disease was merely the first leg of the journey to overcoming it. Each day in Illinois, more than 1,000 COVID-19 patients are fighting for their lives in intensive care units in hospitals across the state. But when they get past the worst of the illness, many are finding that they need help to return to normal life and must spend hours a day in therapy at special rehabilitation hospitals, rehab units within traditional hospitals, skilled nursing facilities, outpatient facilities or at home. And that’s to say nothing of the longer-term health problems that some physicians say may follow COVID-19 patients.

“It’s one thing to survive the infection, but what’s next?” said Dr. Leslie Rydberg, an attending physician at the AbilityLab.

Patients recovering from COVID-19 face some of the same obstacles as others who have been on ventilators, such as trouble swallowing and talking. They also often must work on their strength, as do many types of patients who are laid up in hospital beds for weeks on end.

But COVID-19 survivors also face some unique challenges. Therapists say patients recovering from severe cases of COVID-19 often tire very easily, after only a couple moments of activity. They may have significant fluctuations in blood pressure, such as very high when in bed and very low when doing therapy.

Some have developed kidney problems, some have had trouble with blood clots, and others are having cognitive issues, such as being unable to solve simple problems.

“It’s unlike anything I’ve seen, and I’ve been doing rehabilitation for a long time, almost 29 years,” said Dr. Michelle Gittler, medical director at Schwab Rehabilitation Hospital and chief medical officer of post-acute care for the Sinai Health System. “What we see are people who appear to have pretty good strength on initial testing, but if you test them again, they can’t even talk, they’re so short of breath, or people who may be able to stand up once and if you ask them to do it again, they cannot. They get exhausted.”

Cristobal Delgado, 22, of Portage Park, knows that feeling. When Delgado left Rush University Medical Center for Schwab Rehabilitation Hospital in April, he could walk and talk, but he felt run down after small tasks, such as folding a shirt. He had to take frequent breaks to sit down and catch his breath while walking down a hallway. Delgado, who also has asthma, was on a ventilator at Rush before arriving at Schwab.

After about 10 days of therapy at Schwab, his strength, endurance and balance improved, so he went home. At home, he can now walk a block or two.

“I take it day by day,” Delgado said. He’s still receiving outpatient therapy at Schwab, on the city’s West Side, twice a week.

Ed Paitl, of La Grange Park, also experienced many of those problems as he battled a severe case of the illness. He spent 2u00bd weeks on a ventilator at Loyola University Medical Center in Maywood. Paitl had to go on dialysis, despite never having had kidney problems before COVID-19.

Patil, 70, believes he was near death.

“It was just a miracle that occurred because the doctors I don’t think gave me too much of a chance,” Paitl said.

When Paitl emerged from the depths of the illness, he was still a long way from his usual self. He couldn’t get out of bed without help. He kept forgetting where he was. And despite a lifelong love of numbers, he couldn’t figure out simple math problems. A problem such as “10 + 5 + 5” was “beyond what I could comprehend at the time.”

He left Loyola for Marianjoy Rehabilitation Hospital in Wheaton in mid-April and will likely stay there through mid-May. He’s made a lot of progress, thanks to hours a day of therapy. He can now take a few steps and get out of bed on his own. His voice is stronger. And he can do math again.

He’s looking forward to going home and seeing his wife soon, for the first time in about two months.

“They told me there are going to be setbacks, but I’ve got to tell you, every day I had progress,” Paitl said. “There hasn’t been a day that I haven’t seen some kind of progress.”

Marianjoy had about 20 patients recovering from the illness this week and capacity for about 30 to 35. The AbilityLab started accepting COVID-19 patients in April, beginning with a 12-bed COVID-19 unit. The hospital has since expanded that unit to 24 beds to meet demand. Schwab had about a dozen COVID-19 patients this week, and expected to have at least 21 beds available, if needed.

Some skilled nursing facilities in Illinois are also accepting COVID-19 patients for rehab, but others are not. Local industry leaders say it depends on whether they’re already dealing with COVID-19 outbreaks and whether they have enough personal protective equipment and staff.

Traditional hospitals sometimes have in-house rehab units that can take patients recovering from COVID-19. Rush University Medical Center created a COVID-19 unit in its inpatient rehab program in April and had admitted 32 such patients as of this week.

“There’s a huge need,” said Dr. Larissa Pavone, a physical medicine and rehabilitation physician and residency program director at Marianjoy, which is part of Northwestern. “Those patients that end up in the ICU for one to three to four weeks, a majority of those patients could use some rehabilitation when it’s time to leave the hospital.”

Quinn, the filmmaker who survived COVID-19, stayed about two weeks at the AbilityLab before he was able to go home. On a recent day, he spent about two hours in his final physical, occupational and speech therapy sessions before being discharged.

Occupational therapist Emily Sanders led him around a large therapeutic space on the AbilityLab’s 20th floor, sometimes placing her hand behind his back in case he needed steadying. Sanders directed him to pick up a small container that was on the floor, pick up another container from a stool, and place them inside the bag. The tasks were meant to imitate skills needed in everyday life, such as when grocery shopping.

She intermittently checked his blood pressure, heart rate and oxygen level to make sure he wasn’t overexerting himself.

Quinn also practiced walking up and down four steps with physical therapist Kathryn Palano. She placed a white belt around his waist, in case she needed to reach out and steady him. And he wore an oxygen monitor and heart rate sensor on his forehead.

Quinn knew he would need to climb six steps to get into his home, once he returned.

When Quinn first arrived at the AbilityLab, he needed help to walk up stairs. But on this last day of inpatient therapy, he was able to make the short journey unassisted.

Toward the end of his time that day with the physical therapist, as they walked a final lap, Quinn, who had been cracking jokes, turned serious for a moment. He asked Palano how close she thought he was to being back to normal.