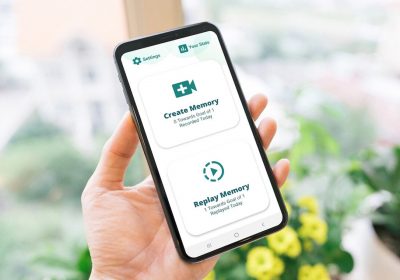 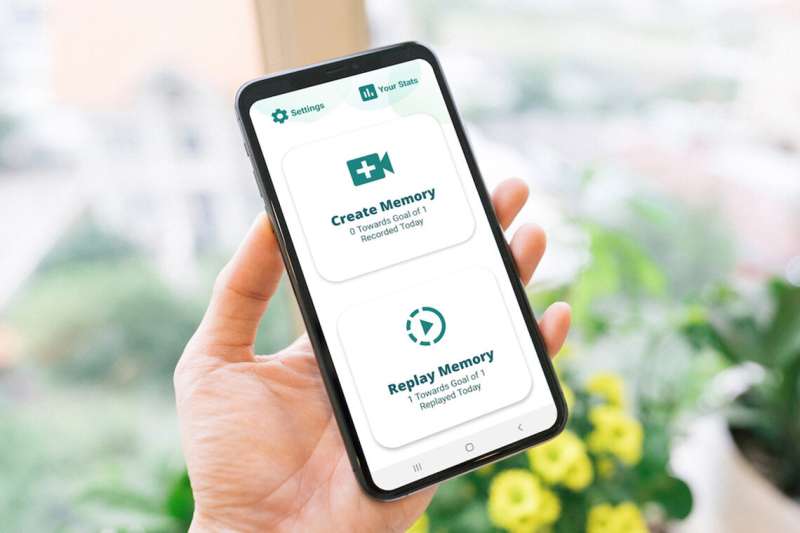 Researchers at the University of Toronto have demonstrated that a new smartphone application helps to significantly improve memory recall, which could prove beneficial for individuals in the early stages of Alzheimer’s disease or other forms of memory impairment.

Dubbed HippoCamera for its ability to mimic the function of the brain’s hippocampus in memory construction and retention, the app enhances the encoding of memories stored in the brain by boosting attention to daily events and consolidating them more distinctly—thus later enabling richer, more comprehensive recall.

In a two-step process, HippoCamera users record a short video of up to 24 seconds of a moment they want to remember with a brief eight-second audio description of the event. The app combines the two elements just as the brain’s hippocampus would, with the video component sped up to mimic aspects of hippocampal function and to facilitate efficient review. Users then replay cues produced by HippoCamera at later times on a curated and regular basis to reinforce the memory and enable detailed recall.

“We found that memories with an associated HippoCamera cue were long-lasting, and that it worked for everyone in the study—healthy older adults, those starting to show cognitive decline and even one case with severe amnesia due to an acquired brain injury,” said study co-author Morgan Barense, a professor in the department of psychology in U of T’s Faculty of Arts & Science and Canada Research Chair in Cognitive Neuroscience.

“Many months after the initial part of the study ended, and participants had not watched their HippoCamera cues, they were able to recall these memories in rich detail.”

The study, published in the Proceedings of the National Academy of Sciences, shows that regular users of the app were able to recall more than 50% more details about everyday experiences that took place as many as six months earlier than if they had only recorded events and never replayed them. The new research suggests that systematic reactivation of memories for recent real-world experiences can help to maintain a bridge between the present and past in older adults and holds promise for people in the early stages of Alzheimer’s disease or other forms of memory impairment.

“There’s something about being better able to remember these events that made people feel closer to them and more positive,” said Barense, who is leading the development of the app and is adjunct scientist at the Rotman Research Institute at Baycrest. “This is a really important finding given what we know about dementia and the fact that positive reminiscence or focusing on positive life events and positive emotions can improve both memory and well-being in dementia.”

For the study, participants recorded unique HippoCamera clips for everyday events that they wanted to remember and subsequently replayed these memory cues approximately eight times over a two-week period in one experiment, and over a 10-week period in a second experiment. The researchers then initiated a cued recall task where they showed the participants their memory cues and asked them to describe everything they could remember about each event.

This was followed by fMRI brain scanning sessions where researchers measured patterns of brain activity while participants saw their cues and completed a memory test. Three months later, after not practicing their HippoCamera memories and not having access to the cues, the participants were asked to recall these events a second time.

“On average, we saw on later recall an increase of more than 50% in the amount of rich, detailed information that someone was able to remember about events that happened as many as 200 days ago, which is significant,” said Chris Martin, an assistant professor in the department of psychology at Florida State University and lead author of the study. “Memory is truly self-sustaining —a strong memory cue can bring along another memory, which can feed into another. You just have to focus on the cue in the first place.”

The brain scans showed that replaying HippoCamera memory cues changed the way in which these everyday experiences were coded in the hippocampus, which has a well-established role in storing detailed memories for recent experiences. Recall-related activity in the hippocampus was more distinctive, meaning that HippoCamera replay helps to ensure that memories for different events remain separate from one another in the brain.

“The more detailed recollection seen earlier in the study was associated with more differentiated memory signals in the hippocampus,” said Martin. “That HippoCamera is aiding the hippocampus in distinctly encoding memories, so they do not become confused with one another, explains why users are able to recall past events in such great detail. It’s evidence that rich and detailed memory reactivation promotes memory differentiation at the neural level, and that this allows us to mentally re-experience the past with vivid detail.”

One key factor in HippoCamera’s effectiveness, the researchers say, is the sense of purpose and intention inherent in its use. By its very design, the intervention prompts users to think about what it is that they want to remember and why a particular moment is important to them—and then regularly re-engage with the memories in a meaningful way.

“Someone who is committed to using HippoCamera is going to go through their lives paying attention to what is happening to them, asking themselves if this is an event they want to capture,” said Barense. “If it is, they’re going to take the time to stop and describe that event. And that act of approaching events in our lives with more attention is going to be good for memory.

“Then later, there’s an intention with how we study those memories, taking the time to review them using optimal learning techniques.”

The researchers note that as people begin to lose their existing memories at any point in their lives, as well as their ability to create new ones, they start to lose their sense of self. As a result, they often become disengaged from the people and events in their lives.

“Memory and our sense of identity are very closely linked,” said Barense, who is receiving support from U of T startup accelerator UTEST to take the app from lab to market. “We understand who we are as people by remembering the things that we’ve done. Our hope with HippoCamera is that by helping people feel closer to these people and events in their lives, we can help give them back their sense of self.”

Journal information:
Proceedings of the National Academy of Sciences