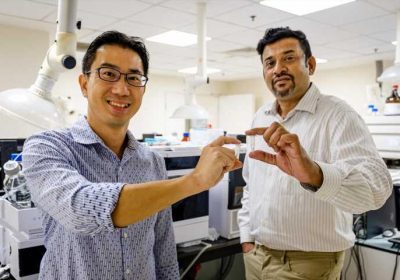 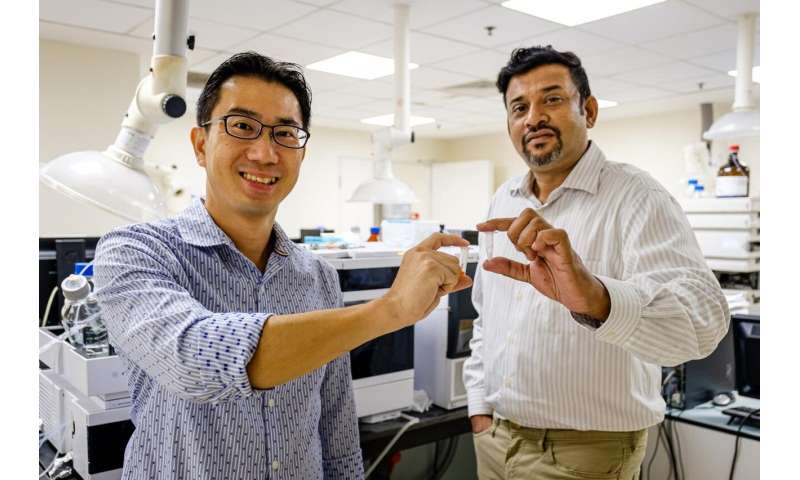 Materials scientists from Nanyang Technological University, Singapore (NTU Singapore) have developed a new pill which uses the stomach as a drug reservoir and delivers medicines slowly over time to patients with Parkinson’s disease (PD).

Parkinson’s disease is a neuro-degenerative disorder which can be treated with Levodopa (L-dopa) taken orally. L-dopa is turned into dopamine by the human body, a chemical which is needed by the brain to relay signals needed for muscle control.

Currently, PD patients taking L-dopa may need to take up to six pills (doses) per day, with patients experiencing ‘wearing off’ effects between medications. Some patients also encounter a side-effect after a long duration of treatment, in which their limbs jerk or experience involuntary spasms, known as levodopa-induced dyskinesia (LID).

An NTU-incubated start-up is now commercializing this new slow-release pill that delivers L-dopa over a period of 24 hours, which could help to alleviate these symptoms. The start-up, called LiberaTx, aims to use the new pill to tackle LID and low drug compliance by patients, in which they fail to take the multiple pills of L-dopa prescribed daily.

Founder of LiberaTx, Associate Professor Joachim Loo from NTU’s School of Materials Science and Engineering, who also led the research, says that encapsulating the drug in a floatable micro-capsule, retains it in the stomach for an extended period, and controls its release rate.

“We engineered our micro-capsules to float in the stomach, thereby allowing for a slow but continuous delivery of drugs into the upper intestine for improved absorption. This is key in maintaining the drugs’ concentration in the blood, so that dopamine levels in the brain are kept constant over prolonged periods rather than fluctuating, which is the case for current tablets.”

The LiberaTx team is now in midst of planning clinical trials in Singapore to test its efficacy and have initiated discussions with Professor Louis Tan, Senior Consultant, Neurology and Deputy Director, Research at the National Neuroscience Institute (NNI), Singapore.

Prof Tan said: “People living with Parkinson’s disease (PD) often need to take levodopa up to six times a day and at set times to prevent the wearing-off effect—a delay of just 30 minutes in taking the next dose can result in a marked increase in their symptoms such as tremor and muscle stiffness.”

“This new drug formulation by the NTU team has the potential to enable oral delivery of levodopa in a steady sustained manner over 24 hours that will prolong the effectiveness of levodopa in PD patients experiencing “wearing-off” effects of levodopa. It may also prevent the development of troublesome long-term motor complications of “wearing-off” and LID when initiated in patients with early PD.”

Medication for the treatment of PD has an estimated pharmaceutical market size of US$8.38 billion by 2026, as reported by Fortune Business Insights in 2019. 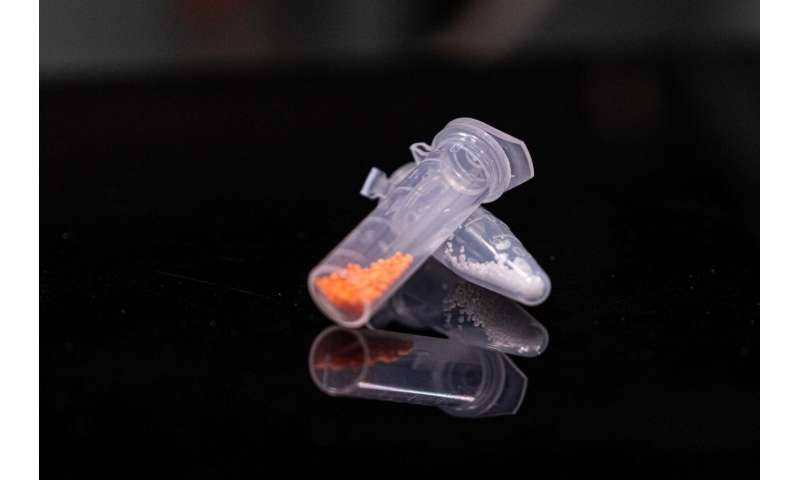 Besides its use in better managing the symptoms of Parkinson’s disease, this formulation will also address and improve patient compliance to their medication, especially for patients who are on long-term medication.

Poor adherence to prescribed drugs remains the key reason for sub-optimal clinical outcomes for many diseases. A recent World Health Organization (WHO) report noted that the average non-adherence rate is 50 per cent among patients with chronic illnesses, and the common reasons are forgetfulness and complex medication regimens.

If proven successful for treatment of Parkinson’s disease, this oral micro-capsule may be trialed in patients with other conditions that require multiple drugs daily. The team has disclosed data (in a patent application—see below) relating to the micro-capsule’s usage for slow release of drugs in managing chronic diseases, such as hypertensive, hyperlipidemia and diabetes.

In tests with the drug Metformin used in the treatment of diabetes, which increases insulin sensitivity and glucose tolerance; with Fenofibrate which enhances therapeutic effects of Metformin and provides cardioprotection; and with Isoniazid and ethambutol used in the treatment of tuberculosis; each was loaded into the micro-capsules in lab experiments using simulated gastric fluid and demonstrated controlled drug release over a period of up to 50 hours.

How the new micro-encapsulation works

FDA-approved materials poly-L-lactide (PLLA) and poly (caprolactone) (PCL) are used to make the micro-capsules, which metabolize into carbon dioxide and water in the human body.

Two separate research papers have been published based on animal study results, and their findings suggest that the pill could deliver drugs over a 24-hour period, hence paving the way for future clinical trials.

Recent pharmacokinetics studies of the new micro-encapsulation formulations, which looks at the movement of drugs in the body, also showed that the new formulations had longer half-lives and mean residence times (how much time each molecule spends in the body), with enhanced drug bioavailability, when compared against current L-dopa tablets or formulations used in the clinic.

This new proprietary technology has been filed as a patent through NTUitive, NTU’s innovation and enterprise company, and is now being commercialized through LiberaTx. The start-up most recently received pre-seed funding through NTU’s Strategic Research Innovation Fund (SRIF).

The start-up is now working with clinical partners to plan the clinical trials and is now raising funds to enable and execute this in Singapore and/or in other territories. It also plans to expand its clinical activities to other markets when the clinical trial is completed.