Sharing towels with your significant other could be making you ill 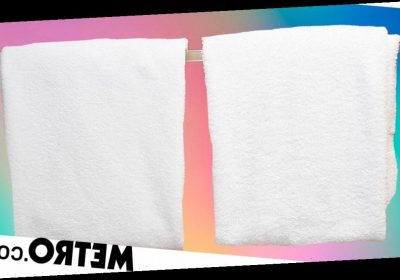 Living with someone you love is all fun and good times until you’ve got their faecal bacteria on your face.

That’s not an assumption about your sexual preferences, to be clear.

If you’re casually swapping and sharing towels with your significant other – or anyone else – it’s pretty likely your body and face are coming into contact with some seriously gross things… including faecal matter, also known more bluntly as, well, poo.

Earlier this year Drench did some research and found that 90% of towels are contaminated with faecal bacteria, and that 56% of romantic partners spread faecal bacteria when they share bath and shower towels. Of those towels, 14% were found to carry E.Coli and researchers point out that towels can harbour other infectious bacteria, including ringworm and staph infections.

It doesn’t help that moist towels hanging out in a damp bathroom are the perfect breeding ground for bacteria to grow and spread.

Even using your own towel exposes you to some gross stuff, but trading or sharing with a partner can be dangerous, putting you in contact with bugs you’re not used to that could cause illness.

Diana Gall, of Doctor 4 U, tells Metro.co.uk: ‘Damp, warm towels are the perfect environment for germs. And if towels are being used repeatedly by different people, they may never get a chance to dry completely, allowing bacteria to thrive.

‘One chief concern is the contamination of coliforms – aka bacteria, such as E. coli – that comes from faecal matter.

‘E. coli poisoning can be so serious that it can be life-threatening in certain circumstances, meanwhile coliform contact can also cause urinary tracy infections like cystitis.

‘Staph infection is also another real risk, as the staphylococcus bacteria can be transferred from towels to a human body if you’ve got any sort of cut or open wound.

‘A staph infection might manifest as swollen skin, red lumps, as well as sore eyes and eyelid – but it can also cause serious MRSA infections.

‘And at this time of year it’s important to protect yourself from cold and flu by not sharing towels.

‘The flu virus is capable of surviving outside the body for around 24 hours, giving it ample opportunity to infect a new host.’

So in the worst case scenario you could get seriously ill just by scrimping on bathroom products and sharing a towel. If you’re lucky you won’t come into contact with anything dangerous, but you’ll still likely be rubbing yourself with your other half’s poo – think of them drying their bum in a thorough floss motion, placing their towel back on the rack, and you coming along and drying off your face before the resulting faecal matter has even had time to settle and fade.

Another fun potential outcome of sharing towels is hair loss.

Weird, we know, but sharing towels could lead to you picking up a ringworm in your scalp. It’s rare, but it’s a possibility we’re not particularly keen to risk.

‘It’s caused by a horde of microscopic organisms and it’s highly contagious.

‘The incubation period for ringworm in humans is typically around two weeks.

‘That means that the fungal spores are present before you actually see the ringworm outbreak – and you can therefore catch it from someone even before it shows up on them.

‘Severe cases could lead to crusty lesions on the scalp, called kerion, that seep pus.

‘And unfortunately, in these extreme cases of ringworm of the scalp, the infection can result in serious inflammation, scarring and even permanent hair loss.

‘In cases where hair won’t grow back, the patient may have to consider hair transplantation to cover the bald area.’

And don’t go thinking that using a separate special towel for your hair will keep you safe, as Dr Farjo is clear that sharing towels could also lead to the transfer of parasites that could wreck your pubic hair, eyelashes, and eyebrows.

He adds: ‘These crab-like creatures can multiply to hazardous levels on moist towels.

‘They block hair follicle ducts which provide the oily substance that keeps them healthy, and this can also lead to an abnormal thickening of the outer layer of the skin.

‘Mites occupying deeper regions of hair follicles can actually cause dislocation of the base of the hair itself.

‘And it’s this which can lead to excessive loss of both eyelash and eyebrow hair.’

All of which sounds pretty unpleasant.

The good news is that preventing all this – the mites, the infection, the knowledge that you’re rubbing your partner’s poo on your body – is pretty easy. Just stop sharing towels. Perhaps get a monogrammed set to avoid confusion.

Make sure you’re regularly washing your and your partner’s towel, too, and letting them dry thoroughly between uses – that means actually hanging them up rather than leaving your towel in a heap on the floor after your morning shower.

It’s recommended that you wash your towels in hot water (40 degrees or more) after every three or so uses.

How to wash your towels: