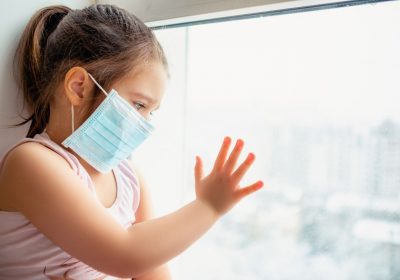 Children with coronavirus disease 2019 (COVID-19), or those who have been infected with the severe acute respiratory syndrome coronavirus 2 (SARS-CoV-2), may have prolonged symptoms such as headache, fatigue, brain fog or chest pain, for weeks to months following resolution of the acute attack.

The asymptomatic nature of the majority of infections makes it difficult to distinguish long Covid, or post-acute sequelae of COVID-19 (PASC) from several other illnesses of childhood.

A new multicenter study, posted on the medRxiv* preprint server, provides evidence of the utility of serologic testing in helping to pick up children with long Covid following missed diagnoses of COVID-19, thus helping to establish the burden of PASC in this subset of the population.

The diagnosis of COVID-19 became a matter of intensive research once the disease began to leap across states and international boundaries, causing millions of cases worldwide. While the gold standard diagnostic test remains the reverse transcriptase polymerase chain reaction (RT PCR), serologic testing was also widely employed, especially at the population level, to help quantify the number of prior infections after acute infections had long been resolved.

The advantages of serologic testing include the ability to diagnose conditions that follow on from acute SARS-CoV-2 infection, namely, PASC and multisystem inflammatory syndrome in children (MISC), without a positive PCR result. Yet, antibody testing presents its own difficulties.

The use of multiple assays, based on different platforms, and measuring the rise in different immunoglobulin (Ig) classes, makes direct comparisons difficult. Secondly, the antibodies measured are induced by different viral antigens, either the spike (S) or nucleocapsid (N) proteins. Anti-S antigens may be raised either by exposure to the virus or following vaccination of the child with a COVID-19 vaccine.

Therefore, only IgG anti-N antibodies can be taken to represent past infection. with this in mind, the researchers in the current study looked at electronic healthcare records (EHR) from multiple large pediatric healthcare centers, via the PEDSnet database. Their aim was to come up with an algorithm that could identify children who had prior or present SARS-CoV-2 infection solely by serology, based on these records.

The study was part of the Researching COVID to Enhance Recovery Initiative (RECOVER) by the National Institutes of Health (NIH), and its results could help identify paucisymptomatic children who were not tested during earlier waves of the pandemic.

The researchers found over 1 million pediatric tests, serologic and PCR, in PEDSnet. Of these, over a half had multiple PCR tests, and over 3,000 had multiple serology tests, during the study period from March 1, 2020 through April 20, 2022. The most commonly used tests identified non-specific IgG antibodies, at 40%, or anti-N IgG antibodies. Next came IgM, in about one in seven tests, with anti-S or anti-RBD tests, and non-specific IgA tests, comprising less than a tenth.

IgM antibody testing peaked in early 2020, but anti-S/RBD IgG was used more heavily after adolescent vaccination was approved at the end of 2020. Serologic testing was highest during the Omicron wave, from December 2021 to February 2022.

The researchers found over 2,700 children who had no PCR positives but were positive by serology, out of over 134,000 children with a positive test for the virus by PCR and/or serologic testing. The former was more likely to be White non-Hispanic, and about a quarter were 12-15 years old. Most (>75%) PCR-positive patients were tested as outpatients, but among serology-alone children, the numbers were almost equally split between inpatients and outpatients.

Almost 40% had a chronic underlying condition compared with those who were PCR-positive, at ~25%. Of special note, complex medical conditions were present in over one in four serology-tested children vs just over a tenth of PCR-positive children. MISC was diagnosed in a quarter of children picked up only by serology, vs <1% of PCR-positives, possibly indicating the situation that prompted the test.

While almost three in four children with a positive PCR had been diagnosed with COVID-19, this was true of less than half of the serology-positive cases.

The results of this retrospective study show that serologic testing in children follows far behind PCR. Identifying a group of children who tested positive for the infection only by serology using EHRs, the scientists found a higher rate of inpatient testing and of MISC, with other medical conditions also being more common.

Serology tests are mostly positive only two or more weeks from symptom onset, which is why they are not used to diagnose the acute infection. However, when a child does not have any, or severe, symptoms of COVID-19, serology may pick up signs of the past infection if it results in PASC or MISC.

The estimates of SARS-CoV-2 infection among children in the USA indicate that almost three-quarters have been infected, which is not reflected in the number of serologic tests found in this study, using data from some of the largest children’s facilities in the country. In other words, the researchers say,

the number of SARS-CoV-2 infected children is significantly greater than those captured in healthcare systems, and the numbers identified in our study likely represent the tip of the iceberg.”

This being so, and with the confusing and often subtle manifestations of long Covid, the actual incidence of these long-term sequelae among children is difficult to measure. The current study is an attempt to understand how far serologic testing for SARS-CoV-2 is useful in this situation, and the extent of its use.

This work is necessary to capture relevant cohorts that will allow us to examine the presentation, risk, and burden of PASC in children.”

Further study will be required to understand the full range of PASC manifestations in children, pending a much better reporting system for SARS-CoV-2, using uniform and accurate parameters to allow proper accrual and analysis of data. While this study probably underestimated the true incidence of COVID-19 by excluding those with anti-S/RBD positives, in order to avoid vaccination-induced positive testing, this will be corrected in future studies by including data on childhood vaccination as well.