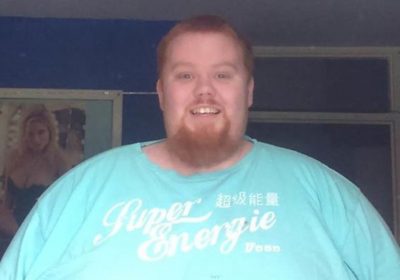 Gary Kirkwood lost an incredible 19st 7lbs in a year and a half.

He kept the cardboard cutout of his previous weight, along with giant trousers to remind him of how far he has come.

After joining WW – previously known as Weight Watchers – he dropped more than 19st, slimming down to a svelte 12st.

“I was told I would have to pay double ”

Now Gary, from Motherwell, is hoping to have surgery to remove excess skin around his middle and arms.

What spurred on his journey was when he had to book two plane tickets for Gran Canaria to celebrate his friend’s stag do.

He said: “I was told I would have to pay double as I would need to book seats to take my frame, as I couldn’t fit into a single seat.

“Every dinner I would eat four slices of bread with butter, full fat drinks, tubs of Pringles and whole packets of biscuits.” 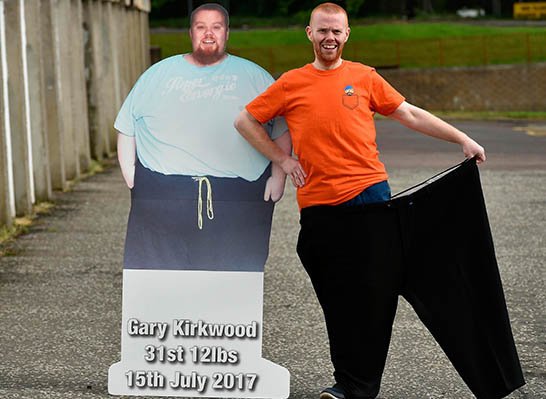 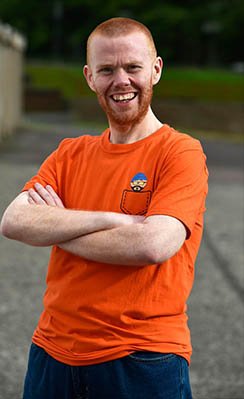 Speaking about the cardboard cutout, Gary said: “I can’t believe I was that size. I’ll never go back to that.

“I have a lot of excess skin in the stomach area and quite good bingo wings. It’s a badge of honour showing where I was and where I am now.

“I’m not a vain person but after all the work I have done it would be a nice wee reward for me to tidy up a wee bit.”