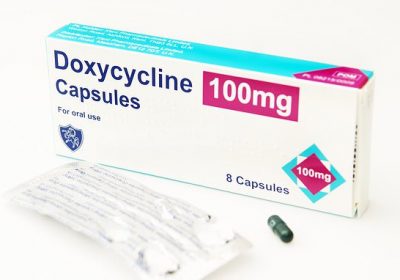 Scientists hope a common antibiotic could end the heartbreak of recurrent miscarriages for thousands of couples.

In a world-first trial, University of Warwick researchers will test doxycycline on around 3,000 women at NHS hospitals.

In the US and Germany, the drug is already used to treat recurrent miscarriage by improving the balance of bacteria in the reproductive system.

However, the effectiveness of doxycycline – often used to treat chest and skin infections – has never before been analysed in a clinical trial.

Researchers do not currently know what causes the inflammation in the womb that leads to the rejection of the foetus. 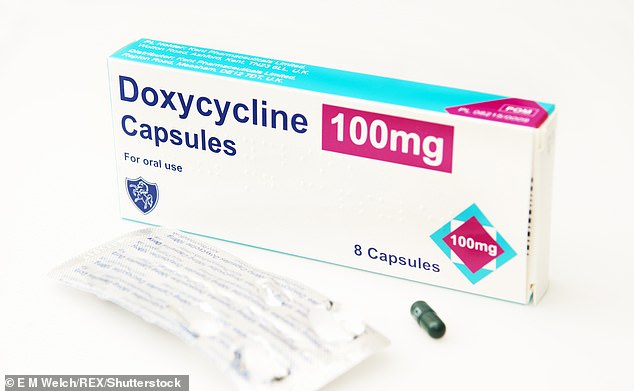 In a world-first trial, University of Warwick researchers will test doxycycline on around 3,000 women at NHS hospitals

But one suggestion is that a miscarriage – the loss of a pregnancy in the first 23 weeks – could be down to a lingering infection in the woman.

In some, the lining of their womb (the endometrium) is inflamed, a condition called endometriosis that is thought to strike around 10 per cent of all women.

Experts also suspect the painful condition may be caused by an imbalance of the bacteria (microbiome) that live in the reproductive tract.

A healthy endometrium is important for the embryo to be able to attach to the womb and it is thought that endometriosis disrupts this process. 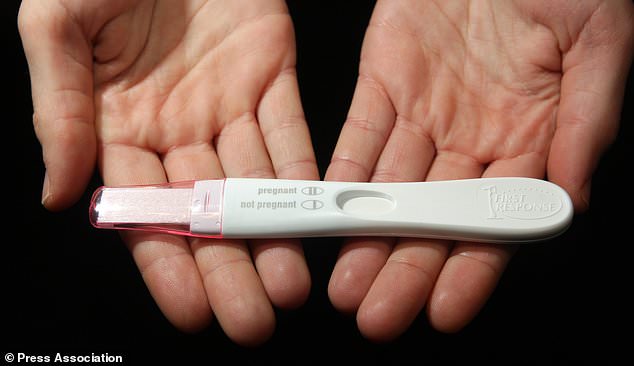 Treating endometriosis with antibiotics could reduce the condition by reducing disruptive bacteria and allowing the healthy bacteria to grow, scientists say.

All of the women involved in the study – in partnership with University Hospital Coventry and Warwickshire NHS trust – will have endometriosis.

Figures from the charity Tommy’s suggests around one in 100 women in the UK experience recurrent miscarriages – three or more in a row.

Warwick Medical School’s Professor Siobhan Quenby, study leader, said: ‘This is potentially a new treatment for up to half of people with recurrent miscarriage.

How at least one in six pregnancies ends in a miscarriage

One in six pregnancies in women who know they are pregnant become miscarriages.

But even more happen among women who don’t know they have conceived.

Miscarriage occurs when a pregnancy is lost within the first 23 weeks after conception.

The main symptoms are bleeding from the vagina, which may be accompanied by lower abdominal pain.

There are various reasons women may have a miscarriage – it is common and is not usually caused by something they have done.

If a miscarriage happens in the second trimester – between weeks 14 and 26 – it may be a sign of an underlying problem.

Often, miscarriages are isolated events and women will go on to have successful pregnancies.

The majority of miscarriages can’t be prevented, although being generally healthy will help reduce the risk.

Losing three or more pregnancies in a row – known as recurrent miscarriages – is uncommon but still affects around one in 100 women.

‘We know doxycycline is given to some women experiencing miscarriage in other countries, but there has never been a proper trial conducted.

‘And instead of just having your blood tested to look for causes of miscarriage, as is current practice, you will have the lining of the womb tested too.’

Speaking at the British Science Festival in Coventry, Professor Quenby said this would help identify those who will benefit from this treatment.

‘Most miscarriages occur within the first trimester – 12 weeks – of pregnancy and our aim is to see a reduction in these early miscarriages,’ she added.

Describing the emotional toll recurrent miscarriages can have, she said: ‘What you have lost is hope of the future, which is the same as any grief.

‘What I get frustrated about is “just because you have been pregnant for a month, it doesn’t count”. A miscarriage is a grief reaction – it is normal to grieve, it is normal to be sad.’

Professor Quenby added that often people are left feeling there is nothing they can do, and the trial offered them a positive course of action.

She said they would ‘rather have a placebo than sit at home and suffer’.

The Chronic Endometritis and Recurrent Miscarriage (CERM) trial has received £1.9 million in funding from the Efficacy and Mechanism Evaluation (EME) Programme.